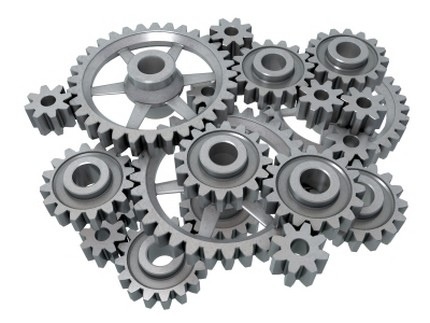 DeM Banter: so it would appear…not much has changed since leaving “The Building” in 2010 (been out of this game for a good while, so I really don’t know). This was our “portfolio” in the J5…and trying to get the interagency to work, and it seems it definitely can…but it needs a system that will embrace the collaboration (well communication and creative thinking as well, but we all need that). Wrote a piece….Greater Things back in 2008 and subsequent work on it in 2010 at Joint Forces Staff College… This really is global engagement in the Info age…we need to figure it out…yesterday.

Imagine that you’re sitting at the table as the National Security Council debates the deteriorating political and security situation in a North African country (take your pick). The president asks how the United States can prevent conflict there without sending in the military. Various Cabinet members and agency directors look awkwardly at each other – because nobody has a good answer.

Here lies one of the biggest unresolved problem for U.S. national security planners today: How can America shape events in an unstable world without putting “boots on the ground” or drones in the air? Does this stabilizing mission belong to the experts at the U.S. Agency for International Development (USAID)? Or to the State Department’s Bureau of Conflict and Stabilization Operations, which was created in 2011 to deal with such problems? Or to the facilitators and analysts at the U.S. Institute of Peace, which was created in 1984 to help resolve conflicts peacefully? Or maybe to the covert-action planners at the CIA, who work secretly to advance U.S. interests in key countries?

The answer is that all of the above would have some role in shaping the U.S. response to a potential crisis. But in practice, the overlapping roles mean that none of them would have ultimate responsibility. Thus, in our imaginary NSC meeting, no one takes charge.

This is why security problems have tended to default to the military and its regional “combatant commanders,” which in our not-so-imaginary example would mean U.S. Africa Command – AFRICOM. But the age of the “COCOMs” is ending, because of budget strain and military overload, and there’s nothing in sight to take their place.

To understand the implications of this “power gap,” let’s think more about North Africa. White House officials see instability nearly everywhere they look, as the Arab uprisings transform the region. Borders are porous; arms are proliferating, especially from Libya; security services that once provided counterterrorism help have been weakened; ungoverned spaces where terrorists can hide are growing.

There’s no single answer to this multifaceted security problem. In Libya, the challenge is building institutions – a working military, police and government – in a country crippled by Moammar Gaddafi’s decades of misrule. In Egypt and Tunisia, the priorities are economic development and political inclusion. In Mali and other countries of sub-Saharan Africa, the needs are basic development and security assistance.

In all these countries, the United States needs to find ways to fill the power gap without using military force. Each of the agencies I mentioned earlier has its own approach. But too many acronyms are chasing the same target. The White House needs to rationalize the situation so that when the president asks, “Who’s in charge?,” he gets a clear answer.

I’ve talked recently with officials from all these agencies, and what I hear is discouraging. They’re each heading in their own direction, working on their own particular piece of the puzzle. The pieces get assembled in well-managed U.S. embassies overseas, where the ambassador makes the country team work together. But similar coordination happens too rarely in Washington.

The U.S. Institute of Peace, headed by Jim Marshall, prides itself on being a small, nimble organization with a cadre of specialists who can travel to crisis zones and meet with different sects, tribes and parties. But the organization likes its independence and doesn’t want to be an arm of the State Department or any other bureaucracy. It’s a boutique, but that means its efforts are hard to multiply. And its presence can create confusion about who’s doing what.

State’s new Bureau of Conflict and Stabilization Operations has the right mission statement. But it’s only 165 people and shrinking, and it doesn’t even have the heft to lead the State Department’s activities, let alone the full government’s. The bureau’s chief, Rick Barton, wants State to designate a “center of gravity” for each budding crisis, so that there’s at least an address for mobilizing resources. It’s a good idea but just a start.

USAID has been America’s lead development agency for decades. But it’s also a perennial area of bureaucratic dispute, and many analysts argue that the nation gets less bang for its development buck than it should. It’s hard to imagine USAID being the strategic answer. The same goes for the CIA, which under John Brennan wants to refocus on its core intelligence-collection mission, rather than covert action.

It’s a cliche these days to talk about how America needs more emphasis on “soft power” and its better-educated cousin, “smart power.” Meanwhile, for all the talk, the problems fester and the power gap grows.

2 Replies to “In A Crisis, Who Should Take Charge? By David Ignatius”