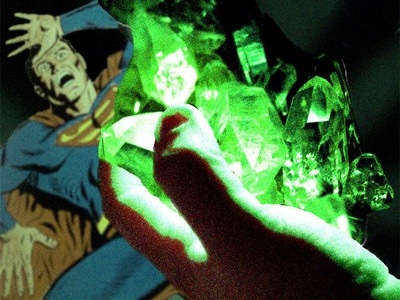 DeM Banter: Important piece here…need to ponder for a couple of days… great question at the end…”And if the future of power lies in disruption and interference, not management and consolidation, can we expect to ever know stability again…” Time to think different… things have shifted…we are just now beginning to comprehend and maybe understand. Ponder the Industrial Revolution and the massive effects it has on societies and governments. This is similar…but bigger. Is this anything? What do you think? Maybe?

In politics, business and war, Moises Naim writes, being in charge isn’t what it used to be

In 2009, during his first address before a joint session of Congress, President Obama championed a budget that would serve as a blueprint for the country’s future through ambitious investments in energy, health care and education. “This is America,” the new president proclaimed. “We don’t do what’s easy.”

Four years later, even easy seems impossible. “Let’s agree right here, right now, to keep the people’s government open, pay our bills on time and always uphold the full faith and credit of the United States of America,” Obama pleaded during his State of the Union address.

By having to exhort Congress to execute even the most basic functions of government, Obama – fresh off the “fiscal cliff” fight and facing yet another showdown with lawmakers over massive automatic spending cuts – revealed just how limited the powers of the highest office in the land have become.

Washington hardly has a monopoly on political paralysis. The Syrian uprising will reach its second anniversary on March 15, reminding us that the international community has failed to take action that could stem the bloodshed. Italy’s election stalemate has driven the country into yet another bout of political and economic uncertainty. And the latest round of U.N. climate talks has brought the world no closer to tackling global warming.

“One of my biggest shocks was the discovery that all the imposing government palaces and other trappings of government were in fact empty places,” Joschka Fischer, one of Germany’s most popular politicians and a former vice chancellor and foreign minister, told me. “The imperial architecture of governmental palaces masks how limited the power of those who work there really is.”

Why is power increasingly fleeting?

First, there is more competition for it. The number of sovereign states has nearly quadrupled since the 1940s, from 51 to 193, and they contend not just with one another but also with agencies such as the International Monetary Fund – and hedge funds, and international drug cartels – as well as with transnational activist groups such as the Sierra Club and Amnesty International.

In 2011, when the Arab Spring exploded, autocrats ruled 22 countries, down from 89 in 1977, highlighting how difficult it is these days to amass absolute power. And within countries, power is more dispersed. In 2012, only four of the world’s 34 wealthiest democracies had a president or a prime minister whose party also had a majority in parliament. Right now, those weakened heads of state include, among many others, Britain’s David Cameron, Israel’s Benjamin Netanyahu and the next leader of Italy. In non-democratic countries that allow political parties – such as Jordan and Burma – the clout of minority parties is growing. Autocrats who in the past had little trouble crushing dissenting voices now have to tolerate them or, in some cases, succumb to them.

Power is crumbling in the world’s battlefields and boardrooms as well.

A 2001 study by political scientist Ivan Arreguin-Toft found that in the asymmetric wars that broke out between 1800 and 1849, the weaker side (in terms of armaments and troops) achieved its strategic goals in only 12 percent of cases. But in the wars of that kind between 1950 and 1998, the supposedly weaker side prevailed 55 percent of the time. Military might is no longer what it used to be.

Neither is corporate power. Remember when what was good for General Motors was good for America, or when IBM reigned supreme in the world of computers? In 1980, a U.S. company ranked among the largest 20 percent in its industry had only a 1-in-10 chance of falling out of that tier over the next five years. Two decades later, that chance grew to 1 in 4. According to management consultant John Challenger, the tenure of the average American chief executive has dropped from about 10 years in the 1990s to about 51/2 years more recently. Last year, Forbes emphasized that “churn” was the main characteristic of its latest list of the world’s billionaires, with almost as many members losing wealth (441) as gaining it (460).

Clearly, the presidents of the United States and China and the chief executives of JPMorgan Chase and Shell Oil still wield immense power; it’s just a lot less than their predecessors had. In the past, presidents and chief executives not only faced fewer challengers and competitors, they also had fewer constraints on how they deployed power – constraints that today are as varied as global financial markets, a more politically aware and demanding population, and the 24-hour glare of media scrutiny. As a result, power players now often pay a steeper and more immediate price for their mistakes.

The 2010 BP oil spill, for example, far eclipsed the 1989 Exxon Valdez disaster not only in terms of financial and environmental costs but also in terms of the impact on the company’s brand and equity. One analysis found that Exxon shares lost 3.9 percent of their value in the first two weeks after the accident, while BP shares lost 13.1 percent in the seven trading sessions after the Deepwater Horizon spill, indicating that “the market reaction in BP shares has been far more swift and severe,” in part as “a function of the dramatically accelerated flow of information in the market.”

Political leaders, meanwhile, are finding their war powers constrained by constituents who are less tolerant of military casualties, as we saw during France’s precipitous troop withdrawal from the Afghan war in November after a series of deadly insurgent attacks.

It’s not just the supposed “democratizing” and “empowering” force of the Internet that is eroding power. New information technologies are tools – important ones for sure – but to have impact, tools need users, and users need direction and motivation. Facebook, Twitter and text messages were fundamental in empowering the Arab Spring protesters. But the circumstances that motivated them to take to the streets were local and personal conditions: unemployment and the rising, unmet expectations of a fast-growing, better-educated middle class. Moreover, the same technologies that have empowered citizens have created new avenues for state surveillance and repression, helping Iran, for example, identify and imprison participants in its stillborn Green Revolution.

Nor is the decay of power related to the supposed decline of America and rise of China – one of the most useless and distracting debates of our time. When the Taliban is able to deny the world’s mightiest military a victory, when Somali pirates with rickety boats and AK-47s thumb their noses at the most modern multinational fleet ever assembled, when European leaders fail to stem the economic crisis that started in Greece’s minuscule economy and when the world is incapable of agreeing on how to curb carbon emissions, it becomes clear that something is happening to global power that transcends any zero-sum, Sino-American rivalry.

The biggest challenges to traditional power have come from transformations in the basics of life – how we live, where, for how long and how well. These changes can be encapsulated in three simultaneous revolutions: the More, Mobility and Mentality revolutions.

The More Revolution. The 21st century has more of everything, from people to literacy to products on the market to political parties. The global middle class is expanding, and by 2050, the world’s population will be four times larger than it was 100 years earlier. According to the World Bank, the proportion of people living in extreme poverty plunged over the past decade, the first time that has happened since statistics on global poverty became available, and since 2006, 28 formerly “low-income countries” have joined the ranks of “middle-income” ones.

An impatient and better-informed middle class that wants progress faster than governments can deliver, and whose intolerance for corruption has transformed it into a potent force, is the engine driving many of this decade’s political changes in the developing world. India’s expanding middle class, for instance, helped catapult the largely unknown anti-corruption activist Anna Hazare to fame by flocking to him in 2011 after he launched a hunger strike.

The Mobility Revolution. Not only are there more people today with higher standards of living, but they are also moving more than at any other time – and that makes them harder to control. The United Nations estimates that there are 214 million migrants across the globe living somewhere other than their country of origin, an increase of 37 percent in the past two decades. Ethnic, religious and professional diasporas are changing the distribution of power within and among populations. An interesting case: In 2007, a Nigerian-born man was elected in Portlaoise, Ireland, a commuter town west of Dublin, as that country’s first black mayor.

The Mentality Revolution. An ever-consuming and ever-moving population – with access to more resources and information than ever before – has also undergone a massive cognitive and emotional transformation. The World Values Survey, for instance, has identified an increasing global consensus regarding the importance of individual freedoms and gender equality, as well as popular intolerance for authoritarianism. Dissatisfaction with political systems and government institutions is also a growing and global phenomenon.

Should we embrace this decline of traditional power? In some ways, yes – it has given us freer societies, more elections and options for voters, new ways of becoming politically active, more investment and trade, and more choices for consumers.

But the decay of power also poses dangers to our wallets, families and lives. It explains why the U.S. economy is at the mercy of self-inflicted crises in Washington. It explains why European nations struggle to act together in the face of crippling economic problems, despite spending decades developing institutions geared toward collective action. It explains why fragile states that have difficulty delivering basic services are proliferating. It explains why the world is paralyzed in the effort to curb greenhouse gas emissions.

Given the end of power as we know it, our traditional checks and balances – originally meant to constrain excessive power – are now threatening to choke what little power is left. As Peter Orszag, Obama’s former budget chief, has observed, “Radical as it sounds, we need to counter the gridlock of our political institutions by making them a bit less democratic.”

Size no longer means strength. Bureaucracy no longer means control. And titles no longer mean authority. And if the future of power lies in disruption and interference, not management and consolidation, can we expect to ever know stability again?

Moises Naim, a senior associate at the Carnegie Endowment, is the former editor in chief of Foreign Policy magazine. He is the author of “The End of Power: From Boardrooms to Battlefields and Churches to States, Why Being in Charge Isn’t What It Used to Be,” from which this essay is adapted. 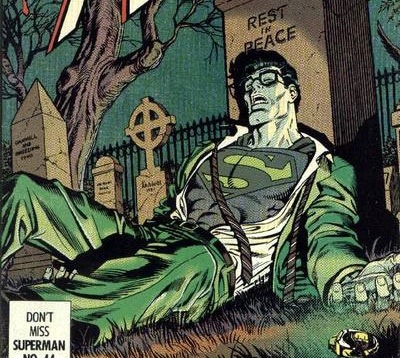