A song I grew up with for sure… and as we face our impending departure from England and the Bloody Hundredth… we find the song resonating in our ears… but as in all things…the song is much more complicated than it first appears.  I do recall my Junior year high school music teacher… Mr Jordan–trying to explain it to a bunch of aspiring lead guitarists… funny–we didn’t really care back then….we just wanted to play like the band

Yes… I know Lynyrd Skynyrd is not a man’s name… but the band did go through several names. In 1970, Ronnie Van Zant sought a new name for his band. “One Percent” and “The Noble Five” were each considered before the group settled on “Leonard Skinner”, a mocking tribute to a physical-education teacher at Robert E. Lee High School, Leonard Skinner, who was notorious for strictly enforcing the school’s policy against boys having long hair.

“Sweet Home Alabama” was written as an answer to two songs, “Southern Man” and “Alabama” by Neil Young, which dealt with themes of racism and slavery in the American South. “We thought Neil was shooting all the ducks in order to kill one or two,” said Ronnie Van Zant at the time. The following extract shows the Neil Young mention in the song:

Well I heard mister Young sing about her
Well, I heard ole Neil put her down
Well, I hope Neil Young will remember
A Southern man don’t need him around anyhow

Van Zant’s other response was also controversial, with references to Alabama Governor George Wallace (a noted supporter of segregation) and the Watergate scandal:

In Birmingham, they love the governor (boo boo boo)
Now we all did what we could do
Now Watergate does not bother me
Does your conscience bother you?
Tell the truth

In 1975, Van Zant said: “The lyrics about the governor of Alabama were misunderstood. The general public didn’t notice the words ‘Boo! Boo! Boo!’ after that particular line, and the media picked up only on the reference to the people loving the governor.”  “The line ‘We all did what we could do’ is sort of ambiguous,” Al Kooper notes. “‘We tried to get Wallace out of there’ is how I always thought of it.” Journalist Al Swenson argues that the song is more complex than it is sometimes given credit for, suggesting that it only looks like an endorsement of Wallace.  “Wallace and I have very little in common,” Van Zant himself said, “I don’t like what he says about colored people.” 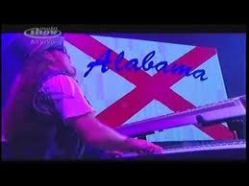 One verse of the song includes the line “Now Muscle Shoals has got the Swampers/And they’ve been known to pick a song or two.” This refers to the town of Muscle Shoals, Alabama, a popular location for recording popular music because of the “sound” crafted by local recording studios and back-up musicians.

“The Swampers” referred to in the lyrics are the Muscle Shoals Rhythm Section. These musicians, who crafted the “Muscle Shoals Sound”, were inducted into the Alabama Music Hall of Fame in 1995 for a “Lifework Award for Non-Performing Achievement” and into the Musician’s Hall Of Fame in 2008  The nickname “The Swampers” was given to the Muscle Shoals Rhythm Section by producer Denny Cordell during a recording session by singer/songwriter Leon Russell, in reference to their ‘swampy’ sound.

Part of the reference comes from the 1971–1972 demo reels that Lynyrd Skynyrd had recorded in Muscle Shoals with Johnson as a producer/recording engineer. Johnson helped refine many of the songs first heard publicly on the Pronounced album, and it was Van Zant’s “tip of the hat” to Johnson for helping out the band in the early years and essentially giving the band its first break.

Lynyrd Skynyrd remains connected to Muscle Shoals, having since recorded a number of works in the city and making it a regular stop on their concert tours.

The famous “Turn it up” line uttered by Ronnie Van Zant in the beginning was not intended to be in the song. Van Zant was simply asking producer Al Kooper and engineer Rodney Mills to turn up the volume in his headphones so that he could hear the track better[

There is a semi-hidden vocal line in the second verse after the “Well, I heard Mr. Young sing about her” line. In the left channel, you can hear the phrase “Southern Man” being sung lightly (at approximately 0:55). This was producer Al Kooper doing a Neil Young impression and was just another incident of the band members messing around in the studio while being recorded. 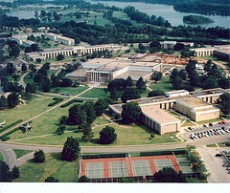 “Sweet Home Alabama” appears on the soundtrack of the 1994 film Forrest Gump, as the title character dances with his beloved friend Jenny in the living room of his Alabama home during a rainstorm. In the 1997 film Con Air, the song is played as the list of main characters is seen in the end credits. During the film, it is also played on the plane as some of the convicts dance, prompting Garland Greene (Steve Buscemi) to comment on the irony of “a bunch of idiots dancing on a plane, to a song made famous by a band that died in a plane crash.” The song (in edited form) is also heard at the beginning of the 2010 film Despicable Me. The song also appears in the 1995 film Crimson Tide. As the ballistic missile submarine USS Alabama sets sail, the crew in the enlisted mens mess are playing the song on a portable stereo.

As of 2009, the State of Alabama has begun using the phrase “Sweet Home Alabama” as an official slogan on license plates for motor vehicles, with Governor Bob Riley noting that Lynyrd Skynyrd’s anthem is the third most-played song referring to a specific destination. (This is also the second Alabama license plate in a row to make reference to a popular song, with the state’s previous plate having featured “Stars Fell on Alabama“.)

*All credit to Wikipedia of course