DeM Banter:  IF this could work…and IF this were the only thing needed… would the culture of the DoD accept it?  IF this could take hold… it is only a small drop in a massive bucket.  A couple lines that are of concern…”unconventional warfare in Iraq and Afghanistan have “distorted” the skills of the U.S. officer corps and increased the risk that tomorrow’s military leaders may not be up to the challenges ahead…” Are we THAT confident we will not be drawn into deeper conflict with unconventional enemies?  That pivot East has yet to materialize and has yet to clearly define the threat or the enemy there… we can look to the Mid-East on ANY given day and SEE the threat…

“Problems previously solved with infusions of more resources will now demand innovative thinking and creative management by senior uniformed leaders…”  What have we done as a department to invigorate a culture and eco-system to support innovation and creative thought?  It is extremely difficult to innovate in today’s military… one squadron commander explained it as “trying to swim in molasses” earlier this week… This is an ALL HANDS ON DECK problem that demands attention yesterday…. 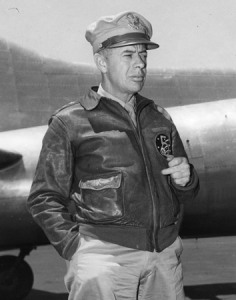 The U.S. military likes to stock its general and admiral ranks with its best operators — the battle commanders, the fighter pilots, the ship captains.

Yet those officers may be poorly prepared for many of the Pentagon’s most senior jobs that focus mainly on the business-like management of military institutions.

A Washington think tank is sounding the alarm in a report released Monday that concludes today’s military — its promotion process, professional military education and assignment practices — may be setting up senior leaders for future failure.

“Most officers selected for their first star are operational standouts, heavily steeped in tactics and fighting,” states the report, “Building Better Generals,” by the Center for a New American Security. Yet these officers are “often lacking exposure to the very different demands surrounding the corporate management of a massive defense establishment.”

A revamped education system should be tailored to those two career tracks, the report said. Officers designated for operational billets would focus on strategic and political-military skills; those on the enterprise track would attend business schools for corporate and executive leadership training.

Another helpful reform would be to extend assignment tenure from today’s standard two or three years to as much as five years, to help deepen “expertise, learning and accountability,” the report said.

Now is a critical time for revamping officer development programs because years of heavy emphasis on unconventional warfare in Iraq and Afghanistan have “distorted” the skills of the U.S. officer corps and increased the risk that tomorrow’s military leaders may not be up to the challenges ahead, according to the report.

The experience of military leaders who came up the ranks after 2001 was defined by rapidly expanding defense budgets and complex counterinsurgency missions, but the future looks very different, the report said. Defense spending is falling significantly, and the latest national security strategy specifically calls for avoiding “stability” operations like those in Iraq and Afghanistan.

The full report is online at www.cnas.org/building-better-generals.