Washington Post
September 13, 2013
Pg. 13
It is the phrase of the moment, dropping from the lips of television reporters and radio commentators, salting the columns of pundits, earnestly being spoken by furrow-browed politicians of serious mien. 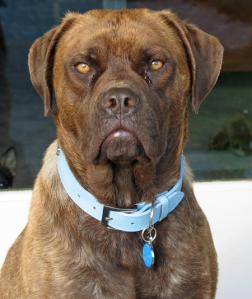 The families of the fallen are entitled to war-weariness. So are those wounded in body or spirit, and their loved ones. The mother who has sent her son to war has a right to war-weariness, as does the father who prepares to send his daughter to battle again and again. But for the great mass of the American public, for their leaders and the elites who shape public opinion, “war-weariness” is unearned cant, unworthy of a serious nation and dangerous in a violent world.

The average American has not served in the armed forces, as a diplomat or intelligence agent in a war zone. Neither have his or her children. No one has raised our taxes to pay for war. Americans can change the channel if they find the images too disturbing – though our teenagers’ violent video games and gory movies are infinitely more graphic than what would be shown on CNN or Fox News.

“I am not going to send your children to fight this misbegotten war,” or words like that, come from politicians who know full well that our country has an all-volunteer force. No one is sending anyone who did not sign up. And anyone who volunteered for military service in the past decade had to know that meant signing up for war.

Service members or public servants who have served in combat, and had enough of it, have every right to be war-weary. They also have a right to resign their commissions or appointments – and should, because they are probably well on the way to becoming ineffective. By and large they do not do that, and not because they lack something better to do. In my experience, they are proud of their service and rather wish the rest of us would stop treating them like victims.

I have known fighters from crack outfits, including the 10th Mountain Division, 7th Marines and the Joint Special Operations Command, who are visibly war-weary. Almost all would consider it shameful to say so.

When retired generals, claiming to speak for active-duty troops (who usually resent having views put in their mouth that way), talk about war-weariness, they do not help American diplomacy. They hurt it, because the surest way for a president to negotiate credibly, and thus avoid war, is to have at his side a growling mastiff on the leash – not a tired bloodhound that looks as though it has had, for the moment, enough tussles with the other canines.

Above all, a president has no business confessing to war-weariness. Sending soldiers to war is a hard business. But President Obama knew he was going to be a war president; if that duty was too trying for him, he should not have run for reelection, because, as he has discovered, he might have to fight new wars and not merely end old ones.

It is the business of the commander in chief to inspire, either with tempered optimism or grim determination. He fails in his duty if he tells his subordinates, his people and the world that he is weary of the burden that he assiduously sought. In their dark moments, Abraham Lincoln and Franklin Delano Roosevelt, who presided over infinitely more consequential and bloodier wars than Barack Obama, were undoubtedly war-weary. Can anyone imagine them proclaiming it to the world?

The writer teaches at Johns Hopkins University’s School of Advanced International Studies. From 2007 to 2009, he was counselor of the State Department.