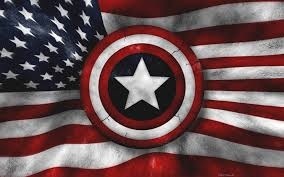 DeM Banter: Haven’t we seen this show before…I believe it was an early to mid-1990s sit-com. We would all have a specialized regions–that did not go so well when one region demanded all our attention. It does look darn nice on paper though. Further, recruiting and retention is not an issue now that the economy has been so poor for so long….but as noted…when unemployment dips to around 6% (assuming we can get there)–there will be a mass exodus. What is the plan at that point? Not sure there is much of a long term plan, but… like I mentioned…we have seen this show before–or maybe this is the sequel…always interesting.

There is a new, smaller U.S. Army in the works whose officers and enlisted men and women will have greater regional expertise and language skills and the ability to put together prepackaged, limited-size units for rapid overseas deployment, according to Gen. Raymond Odierno, the Army chief of staff.

“Whether it’s missile defense, whether it’s to build partner capacity, whether it’s to put some small element on the ground to do work or operationally employ it to protect some U.S. interest, that’s what we’re looking to do,” Odierno told the audience at the American Enterprise Institute on Monday morning.

At a Wednesday news conference, Defense Secretary Chuck Hagel introduced the findings of the department’s Strategic Choices and Management Review, which was formed to develop options based on the effect of future budget cuts, including the sequester. One option would be to reduce the size of the active Army by an additional 40,000 to 70,000, he said. The Army Reserve, now planned at 555,000, would be cut to 530,000 or even 490,000.

Odierno’s comments Monday reflect that he must have known what Hagel would be releasing. At those lower Army levels, Hagel said, “We could still execute the priority missions.”

He also, however, painted increasing troubles for readiness if Congress does not accept some of the administration’s proposed cuts in the costs of Defense Department compensation programs. “We’re starting from a hole now in readiness as we go into 2014,” Hagel said, “and so we’re going to have to find some of these other cuts in some tough areas.”

Odierno made the same point in a more personal way.

Given today’s budget cuts, Odierno said, what keeps him up at night “is if I’m asked to deploy 20,000 soldiers somewhere, I’m not sure I can guarantee you that they’re trained to the level that I think they should be over the next two or three years.”

That doesn’t mean they won’t be sent, he said. Although they will have had individual training, they won’t have been trained “collectively the way we would like.” Operations would take longer, he said, “but most importantly, it probably equals more casualties.”

Like his predecessors, Hagel stressed that “if left unchecked, pay and benefits will continue to eat into our readiness and modernization.” Compensation is nearly half of Defense’s budget. To make changes, and still maintain a quality volunteer military, a partnership with Congress is needed.

Odierno took it further: “If we continue along the way that we are going now, we believe by 2023, 80 percent of our budget’s going to be on compensation. We can’t operate like that.”

Hagel listed changes, including military health care for retirees and raising what active service personnel pay for housing, that lawmakers would have trouble supporting. He also wants to limit military and civilian pay raises.

For fiscal 2014, the Obama administration proposed that the military pay increase be limited to 1 percent; the House has already raised that to 1.8 percent.

Odierno said the difference between a 1 percent raise and 1.8 percent would be “billions of dollars you’re talking [about] when you’re three, four, five years from now.”

“We think what we can do is manage the pay raises at a bit lower level for a few years,” He said. “But if we continue to have a higher level of pay raises, it’s going to become really a problem for us.”

Hagel said he has asked Gen. Martin Dempsey, the Joint Chiefs of Staff chairman, to develop a compensation package with service chiefs and senior enlisted personnel to meet a savings goal of $50 billion over the next decade.

The Army’s major recruiting problem is not pay. Many potential recruits are obese and physical unfit, Odierno said.

The Army also watches the economy. “The bellwether for us is when unemployment gets below 6 percent, we start having a bit more difficulty in recruiting,” Odierno said. Unemployment is at 7.6 percent.

Regarding officers, Odierno said: “West Point this year has had more applicants than it’s ever had, and then the quality of the applicants is higher than it’s been.”

One reason, he said, is “it’s recognized as probably . . . one of the best, if not the best, leader development institution in the country, if not the world.”

He also said that last year, for the first time, “not everyone who wanted to reenlist in the Army was allowed to reenlist. We actually turned some away.”

Hagel discussed an immediate reduction of overhead in major headquarters budgets by 20 percent, beginning with his own Office of the Secretary of Defense, service headquarters, secretariats and other areas.

He said that although the 20 percent reduction applies to funding, “organizations will strive for a goal of 20 percent [cut] in government civilians and military personnel” as well. Hagel appeared to be responding to congressional complaints that reductions in military personnel levels were not reflected in cuts in civilian employees.

Odierno said he had already hit that button. “So first off, we are going to reduce our headquarters 20 percent,” he told the AEI audience.

Hagel was discussing options and trying to get Congress to recognize the seriousness of the situation. Odierno was alerting his own troops about what is already underway.