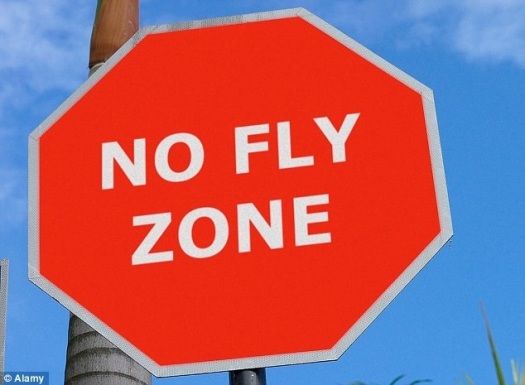 DeM Banter: This falls in the interesting times category for sure, especially when you look at the article posted earlier today regarding crews sitting on the ramp and “pretending” to fly because we don’t have enough training hours. We have spent a good bit of time at the m100Group talking about choices… this was a choice–the sequester–now we live with those choices…which include limiting military options. Further…Gen Dempsey is correct…do we have a strategy in Syria? What is the end state? What does success look like? It will be interesting to see how this one plays out… not sure there are many good options on the table. Thoughts?

Twenty years ago, in a debate over the war in Bosnia, Madeleine Albright, then the U.S. ambassador to the United Nations, issued a challenge to the chairman of the Joint Chiefs of Staff, General Colin Powell. Albright wanted the U.S. to confront an aggressive Serbia; Powell and the Pentagon were hesitant. Albright grew frustrated: “What’s the point of having this superb military that you’re always talking about if we can’t use it?” Albright asked. Powell later said that he thought Albright was going to give him an aneurysm.

Flash-forward to this past Wednesday. At a principals meeting in the White House situation room, Secretary of State John Kerry began arguing, vociferously, for immediate U.S. airstrikes against airfields under the control of Bashar al-Assad’s Syrian regime — specifically, those fields it has used to launch chemical weapons raids against rebel forces.

It was at this point that the current chairman of the Joint Chiefs of Staff, the usually mild-mannered Army General Martin Dempsey, spoke up, loudly. According to several sources, Dempsey threw a series of brushback pitches at Kerry, demanding to know just exactly what the post-strike plan would be and pointing out that the State Department didn’t fully grasp the complexity of such an operation.

Dempsey informed Kerry that the Air Force could not simply drop a few bombs, or fire a few missiles, at targets inside Syria: To be safe, the U.S. would have to neutralize Syria’s integrated air-defense system, an operation that would require 700 or more sorties. At a time when the U.S. military is exhausted, and when sequestration is ripping into the Pentagon budget, Dempsey is said to have argued that a demand by the State Department for precipitous military action in a murky civil war wasn’t welcome.

Officials with knowledge of the meeting say that Kerry gave as good as he got, and that the discussion didn’t reach aneurysm-producing levels. But it was, in diplomatic parlance, a full and frank vetting of the profound differences between State and Defense on Syria. Dempsey was adamant: Without much of an entrance strategy, without anything resembling an exit strategy, and without even a clear-eyed understanding of the consequences of an American airstrike, the Pentagon would be extremely reluctant to get behind Kerry’s plan.

As we know now, the Pentagon’s position is in sync with President Barack Obama’s. The outcome of the meeting last week was to formalize a decision made weeks ago to supply the more moderate elements of the Syrian opposition with small arms and ammunition. The assessment by U.S. intelligence agencies that Assad had used chemical weapons against small pockets of rebels — confirming those made several months earlier by the intelligence agencies of U.S. friends in Europe and the Middle East — forced the administration to make a gesture of support for the opposition.

Members of the White House national security team, who tend to be more hawkish than Obama or Dempsey (though not as quite as militant as Kerry), had been arguing that, in the words of Tony Blinken, the deputy national security adviser, “superpowers don’t bluff.” Once Obama had drawn a red line around chemical weapons, the White House had no choice but to take some sort of action.

Blinken was clever to use the word “bluff” in his arguments to the president, implicitly linking his posture on Syria to his position on Iran’s nuclear program. Last year, in an interview with me on the subject of Iran, Obama said, “As president of the United States, I don’t bluff.” On Iran, he has lived up to his words, but he was in danger — and remains in danger — of being seen as a bluffer on Syria.

What is so odd about Dempsey’s adamant opposition to Kerry’s aggressive proposals is that it hasn’t previously been made public. Obama told Charlie Rose this week that he is worried about sliding down the slippery slope toward greater intervention in Syria. Having Dempsey openly in his corner would be useful to him, but the administration hasn’t made hay over the Pentagon’s opposition to airstrikes. (When I asked the Pentagon for official comment, Dempsey’s spokesman would only say that he would not “discuss classified internal deliberations,” though he went on to say that the National Security Council principals “routinely debate a wide range of options to include how the military can and should support a comprehensive, regional approach to this conflict.”)

One senior administration official explained it this way: The White House doesn’t want Dempsey to make an enthusiastic case on “Meet the Press” against intervention, just in case Obama one day decides to follow Kerry’s advice and get more deeply involved. At that point, Dempsey’s arguments against greater involvement could come back to haunt the administration.

The decision to provide small arms to the Syrian opposition has made no one happy — not the rebels, who understand that these quite-possibly ineffective weapons will take many months to reach them; not Kerry, who, while arguing that these shipments may become a “force multiplier” in the conflict, thinks that only a show of American air power will convince Assad and his Hezbollah allies that the U.S. is making a serious attempt to level a playing field that has been tilting their way for some time; and not the Pentagon, which thinks that Obama, despite saying that he is wary of the slippery slope, might be pushed down that slope anyway, by interventionists on his team or by events on the ground.

It is possible, even for those of us who have been inclined toward intervention, to have a great deal of sympathy for Dempsey’s position. There are those in the Pentagon who think that the State Department has romanticized the Syrian opposition. What diplomats see as a civil war featuring bands of poorly armed moderates struggling to free themselves from the grip of an evil dictator, the generals see as a religious war between Hezbollah and al-Qaeda. Why would the U.S. risk taking sides in a battle between two loathed terror organizations? Memories of Iraq, too, are fresh in the minds of Dempsey and his colleagues.

On the other hand, a Kerry partisan told me, U.S. intervention in Syria would not necessarily have to look like U.S. intervention in Iraq. When I mentioned the Albright-Powell exchange of 20 years ago, he pointed out something obvious: President Bill Clinton eventually decided to use air power in the Balkans. And it brought the Serbian government to its knees.