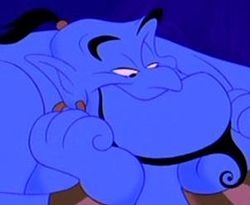 DeM Banter: But… the genie has already left the building with no leash… so getting it back in the bottle–especially now that Russia, China, and Iran have their own systems. The next 5-10 years should be interesting.

WASHINGTON — President Obama embraced drone strikes in his first term, and the targeted killing of suspected terrorists has come to define his presidency.

But lost in the contentious debate over the legality, morality and effectiveness of a novel weapon is the fact that the number of strikes has actually been in decline. Strikes in Pakistan peaked in 2010 and have fallen sharply since then; their pace in Yemen has slowed to half of last year’s rate; and no strike has been reported in Somalia for more than a year.

In a long-awaited address on Thursday at the National Defense University, Mr. Obama will make his most ambitious attempt to date to lay out his justification for the strikes and what they have achieved. He may follow up on public promises, including one he made in his State of the Union speech in February to define a “legal architecture” for choosing targets, possibly shifting more strikes from the C.I.A. to the military; explain how he believes that presidents should be “reined in” in their exercise of lethal power; and take steps to make a program veiled in secrecy more transparent.

Previewing the speech last weekend, an administration official speaking on the condition of anonymity said Mr. Obama would also “review our detention policy and efforts to close the detention facility at Guantánamo Bay; and he will frame the future of our efforts against Al Qaeda, its affiliates and adherents.” Some Obama supporters have urged him to use the occasion to announce that part of a 6,000-page Senate study of the C.I.A.’s former interrogation program will be declassified and made public.

Mr. Obama, who insisted early in his presidency on a personal role in many strike decisions, may also shed light on the declining use of drone strikes. Current and former officials say the reasons include a shrinking list of important Qaeda targets, a result of the success of past strikes, and transient factors ranging from bad weather to diplomatic strains. But more broadly, the decline may reflect a changing calculation of the long-term costs and benefits of targeted killings.

Obama administration officials have sometimes contrasted the drone program’s relative precision, economy and safety for Americans with the huge costs in lives and money of the two wars in Iraq and Afghanistan. Over time, however, the costs of the drone strikes themselves have become more evident.

Reports of innocent civilians killed by drones — whether real or, as American officials often assert, exaggerated — have shaken the claims of precise targeting. The strikes have become a staple of Qaeda propaganda, cited to support the notion that the United States is at war with Islam. They have been described by convicted terrorists as a motivation for their crimes, including the failed attack on a Detroit-bound airliner in 2009 and the attempted car bombing of Times Square in 2010.

Notably, a growing list of former senior Bush and Obama administration security officials have expressed concern that the short-term gains of drone strikes in eliminating specific militants may be outweighed by long-term strategic costs. Among the cautionary voices are Michael V. Hayden, who as C.I.A. director in 2008 oversaw the first escalation of strikes in Pakistan; Stanley A. McChrystal, the retired general who commanded American forces in Afghanistan; James E. Cartwright, the former vice chairman of the Joint Chiefs of Staff; and Dennis C. Blair, the former director of national intelligence.

“I think the strikes have been tremendously effective,” said Mr. Hayden, a retired Air Force general, who said he was speaking generally and not discussing any particular operation. “But circumstances change. We’re in a much safer place than we were before, and maybe it’s time to recalibrate.”

Mr. Hayden said that through 2008, the “first-order effect of these operations — that a dangerous man is dead” was viewed as so important that other consequences were set aside. But with a diminished terrorist threat, he said, the negative effects of the strikes deserve greater consideration. Among them, he said, were alienating the leadership of countries where the strikes occur; losing intelligence from allies whose laws prohibit support for targeted killings; an eroding political consensus in the United States; and “creating a recruiting poster for Al Qaeda.”

One of Mr. Obama’s ambitions on taking office was to forge a new, more positive American image in the Muslim world. But the drone strikes, along with the president’s failure to carry out his promise to close the Guantánamo Bay prison in Cuba, have helped drive the United States’ approval rating to new lows in many Muslim countries. In Pakistan, for instance, 19 percent of those surveyed by the Pew Research Center had a positive view of the United States in the last year of George W. Bush’s presidency. By last year, the approval rating had fallen to 12 percent.

“Globally these operations are hated,” said Micah Zenko, a scholar at the Council on Foreign Relations who wrote a major study of targeted killing this year. “It’s the face of American foreign policy, and it’s an ugly face.”

Tracing the rise and decline of strikes in Pakistan and Yemen, it is possible to correlate some of the numbers with shifting political conditions. In Pakistan, for instance, the C.I.A. has cut back on strikes as relations have grown strained — after the arrest of a C.I.A. contractor, Raymond Davis, in January 2011, for example, and after the incursion of a SEAL team to kill Osama bin Laden in May 2011. A recent hiatus in strikes in Pakistan may have been prompted by the desire not to fuel anti-American sentiments during the campaign before the May 11 general elections.

Bruce Riedel, a former C.I.A. analyst and Brookings Institution scholar, said there were many reasons for the declining number of strikes in Pakistan.

“But a growing awareness of the cost of drone strikes in U.S.-Pakistan relations is probably at the top of the list,” Mr. Riedel said. “They are deadly to any hope of reversing the downward slide in ties with the fastest growing nuclear weapons state in the world.”

In Yemen, strikes rose sharply last year as the United States supported efforts by Yemeni authorities to reclaim territory taken over by the local Al Qaeda branch and its supporters in the tumultuous aftermath of the Arab Spring, said Bill Roggio, editor of the Long War Journal, a Web site that tracks the strikes. The numbers have declined since, and there were no strikes at all in Yemen in February or March.

Mr. Roggio said a growing chorus of criticism — including a young Yemeni journalist who passionately criticized the strikes at a recent Senate hearing — may be influencing American policy. “I get the sense that the microscope on the program is leading to greater selectivity in ordering strikes,” he said.