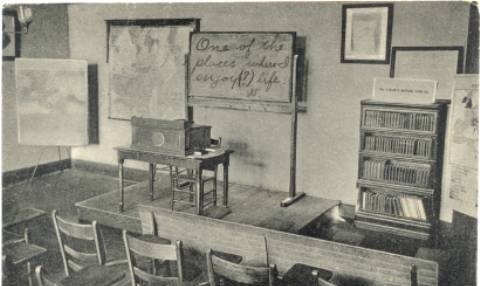 DeM Banter: I know…as a nation, we simply don’t like history lessons…but, simply put…we are not smarter than history. Not sure I agree with Walt on his statement….”The 1991 Gulf War and, more recently, Libya and Mali, should be models for Syria.” We could argue (as we have) that Desert Storm cost a great deal over the years in no fly zone support and all the follow on deployments every time Saddam sneezed. And…the jury is not only out on Mali and Libya… I don’t even think they have been selected yet… Thoughts?

Has anyone really spelled out how difficult it could be achieving the United States’ long-term political goals regarding Syria?

Are they achievable? How about the cost in blood and treasure?

I’m not talking about just military activities such as getting arms to the Free Syrian Army or setting up a no-fly zone.

Those are operational efforts that could help oust President Bashar al-Assad. It’s what comes after that I’m talking about.

Twelve days ago, President Obama said, “We need to find a political transition that allows a multi-sect, democratic transition to take place so that Syria can be a place where all people can live in peace and harmony.”

Way back in October 2011, Elliot Abrams, a conservative who served in senior National Security Council positions under President George W. Bush wrote pretty much the same thing on the Council on Foreign Relations Web site: “The goals of U.S. policy should be to end the violence, bring down the Assad regime, and lay the bases for a stable democratic system with protection for the Alawite, Kurdish, and Christian minorities.”

What has the United States learned in 60 years about the long-term unexpected and unintended consequences of trying to establish “a multi-sect, democratic transition” and “peace and harmony” in countries with no such traditions – particularly after using U.S. military force for what seemed the right reasons?

Korea? Pushing back the communist invaders from the North in the 1950s cost 36,000 American lives. Today, U.S. Army troops remain in South Korea, 28,000 strong. But the Seoul government is democratic.

Vietnam? We lost 58,000 service personnel in the late 1960s and early 1970s, then lost the war. Today the United States has relations with the communist government we fought against.

Afghanistan began as a justified, limited military action to wipe out al Qaeda after the Sept. 11, 2001, attacks. It grew through mission creep into rebuilding Afghanistan and its government institutions and remains a work in progress – with 2,200 deaths and 18,460 wounded.

Iraq was different. It was a war of choice, justified under questionable circumstances and cost 4,400 U.S. dead, with some 32,000 wounded.

With post-war South Korea, the United States found itself in the 1950s reluctantly supporting the tyrannical president of that country, Syngman Rhee, because he was anti-communist and promised to become democratic. U.S. financial support aided Rhee’s security forces and the country’s economic sector. Ultimately, the South Koreans forced more democracy into their governmental system.

The United States tried to build up South Vietnam’s security forces and force democratic nation-building on Saigon’s weak, autocratic regime. Both efforts failed because the broader public failed to join in.

Vietnam was a cautionary tale in 1991 for President George H.W. Bush during the Persian Gulf War. The goal was to return Kuwait to its leaders. The military operation was to drive out Saddam Hussein’s Iraqi troops. Afterward, Bush did not go to Baghdad as some advised, or try to make Kuwait more democratic.

Unfortunately his approach didn’t influence his son 12 years later. Using overwhelming force, George W. Bush drove Hussein from power, but he and his closest advisers didn’t understand Iraq’s internal dynamics and failed to prepare for the post-war insurgency in which the U.S. became the enemy.

The Bush administration’s ham-handed attempts at nation-building featured dismantling the Iraqi military and efforts to rebuild it while trying to introduce democratic institutions in a country with no such traditions. The more than $1 trillion effort remains a long-term question mark. One thing seems certain: Iraq is far from the lighthouse of democracy that then-Deputy Defense Secretary Paul Wolfowitz told Congress it would become.

Afghanistan might have been different had the U.S. not all but abandoned the country after driving Osama bin Laden out in December 2001 and ending Taliban rule. Efforts to create a democratic government and build up national Afghan security forces have been hard.

Next year will be the test. The Afghans have set a presidential election in April, when most U.S. and coalition combat troops will have departed.

The 1991 Gulf War and, more recently, Libya and Mali, should be models for Syria. Each had U.N. backing, European country and/or neighboring nation military support with U.S. forces – after Kuwait – playing a secondary role.

Too many U.S. armchair strategists are pushing for military intervention without acknowledging its complexity.

Sustaining a no-fly zone is a far different operation than striking a few discreet targets from a short range and returning home, as the Israelis apparently did last week.

Finally, drop the idea that by providing some rebel groups limited military support, the United States, absent its own significant ground force, could have a major role in a post-war Syrian government.

Who really thinks Americans would be the right people to bring together the competing ethnic, religious and secular groups that make up the diverse Syrian populace? Nor could the United States provide the billions to rebuild the country and supervise the formation of a “stable democratic system” that Obama, Abrams – and probably most of us – would like to see emerge.