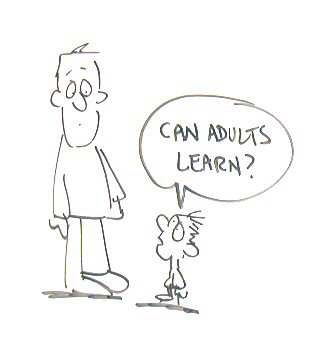 DeM Banter: interesting read…only a small portion of the actual article at the link below. I ponder what this says about the state of leadership and leadership education. Do these leaders want to be poor leaders? Or is there a chance they simply don’t know any better? What can we do to address?

Given that few leaders can even define leadership, it’s no surprise their performance is mediocre at best. We studied the successes and failures of more than 1000 leaders from 50 global companies to influence strategically critical behavior change in their companies. We were stunned to discover that fewer than one in 20 had any evidence of success in spite of their belief that change was crucial. As we combed through the data, some key insights emerged that helped us understand why so few leaders either grasp or exert influence well:

1. Leaders act as if it’s not their job to address entrenched habits.

Most leaders put a great deal of time into crafting strategy, selecting winning products, and engaging with analysts, shareholders, and major customers. But few realize the success or failure of their grand schemes lies in influencing the behavior of the people who will have to execute on the big ideas—their employees.

By contrast, the most influential leaders—the 5 percent who succeed at changing behavior—spend as much as half of their time thinking about, and actively, influencing the behaviors they know will lead to top performance. The 95 percent who dither and fail tend to delegate what they dismiss as “change management” to others.

2. Leaders lack a theory of influence.

Very few leaders can even answer the question, “How do you change the behavior of a large group of people?” And yet, what they’re ultimately paid to do is align people to execute on decisions. Imagine discovering, just as the anesthesia is taking effect, that your heart surgeon—the one hovering over your chest with a scalpel—is working off a “gut hunch” about how to conduct a bypass. Unless leaders become articulate about a repeatable and effective way to influence behavior—they’ll continue to rack up predictably high failure rates at leading change.

Many leaders think influence consists of little more than talking people into doing things. It’s no wonder most influence efforts start with PowerPoint presentations or rallies. But profound, persistent, and overwhelming problems demand more than verbal persuasion. Anyone who’s ever tried to “talk” a smoker into quitting knows there’s a lot more to behavior change than words.

When leaders actually attempt to influence new behavior, they commonly fall into the trap of thinking deeply ingrained bad habits can be changed with a single technique.

They host star-studded retreats and hand out inspiring posters and think people will line up for change. Still others believe it’s all about incentives and so they tinker with the performance management system or tie new behaviors to executive bonuses. The research shows that when leaders rely on just one simple source of influence (like training or incentives or verbal persuasion) to drive change, they almost always fail.