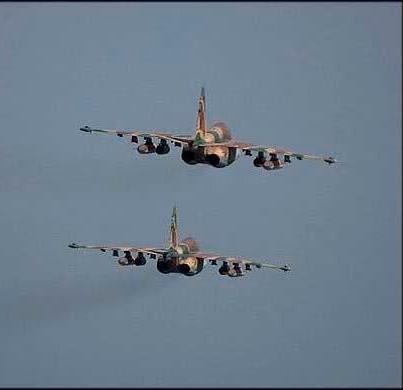 DeM Banter: the bigger strategic issues…not to mention the obvious act of war…

A mid-air incident in which Iranian warplanes fired at a US surveillance drone has brought home how nuclear tensions and increased military hardware in a confined area can lead to a clash that could escalate out of control.

Western officials are concerned that minority elements on both sides of the confrontation in the Persian Gulf have a vested interest in triggering such a clash. Some Israeli leaders would like to see Washington drawn in so that superior US forces could strike a crippling blow to Iranian nuclear facilities, while a “war party” in Tehran sees a conflict as a means of rallying support for the regime and cracking down yet further on dissent, officials say.

They believe the risk of a “spoiler” incident will rise if a new diplomatic push aimed at reaching a peaceful settlement of the Iranian nuclear crisis appears to show progress.

The Pentagon said that on 1 November two Sukhoi 25 jet fighters flown by Iranian Revolutionary Guards fired at a Predator drone carrying out a routine but “classified surveillance mission” 16 miles off the Iranian shore – four miles outside its territorial waters.

Late last year the Iranians displayed a US surveillance drone they said they had brought down by hijacking its electronic controls, but last week’s incident marked the first time Iranian jets had fired on a US aircraft.

Iran’s defence minister, Brigadier General Ahmad Vahidi, claimed that an unidentified aircraft had entered Iranian airspace, but had been “forced to flee due to the prompt, smart and decisive action of Iran’s armed forces”.

The US military says the Revolutionary Guards are far more assertive than Iran’s regular forces, both in the air and on water. US naval officers describe their Iranian counterparts as professional and courteous when communicating in the strait of Hormuz – the gateway to the Gulf – but say the small, fast craft run by the guards regularly test American reflexes by approaching close to US warships.

The guards’ covert external wing, the Quds force, has also taken on US troops in Iraq, and is believed to be the most aggressive element in the Tehran regime. The force was implicated in a plot to kill the Saudi ambassador to Washington in the US capital last year.

“It’s clear that there are fanatics in Tehran who would welcome a conflict because it would entrench their power,” said a western official. “There are people who desperately wanted Romney to win [the US election].”

The official said that if the new diplomatic push for a negotiated settlement of the impasse over Iran’s nuclear programme showed signs of progress, the risk of a “spoiler” incident, aimed at torpedoing that effort, would increase.

The official said the most likely explanation for the Washington restaurant bomb plot was that it was designed by the Quds force to fail – thus sabotaging nuclear negotiations between the US and Iran. European sources confirm the supreme leader’s foreign affairs advisor, Ali Akbar Velayati, took part in back-channel contacts with the US, but those contacts have yet to yield any solid progress.

Last month, an Iranian-American used car dealer, Mansour Arbabsiar, pleaded guilty to trying to hire assassins from a Mexican drug cartel to kill the Saudi ambassador in Washington, Adel al-Jubeir. His guilty plea referred to “officials in the Iranian military” as his co-conspirators. The US attorney general, Eric Holder, said the plot had been “directed and approved by elements of the Iranian government and, specifically, senior members of the Quds force”. Gholam Shakuri, another man charged over his alleged involvement in the plot but who is on the run, is described as a Quds force member.

US intelligence agencies have found it hard to square the amateur nature of the plot with hard evidence of money transfers and contacts from known Quds members, and the unit’s reputation for ruthless efficiency.

Trita Parsi, the head of the National Iranian-American Council, said: “There is a risk that there are some elements who do believe that war is inevitable, but their view is that Iran will ultimately benefit. The Iranians I talk to make it clear that this is a small minority, but it is at the table whereas before it was not.”