DeM Banter: More on the pivot that does not seem to be, but there are second and third order effects and impacts even in the concept. Tag onto that the shrinking military budget and ponder what do we do about Europe? Who have we turned to time and time again and who turns to us (see Libya, Afghanistan, Iraq, Syria planning). Another point to ponder, almost without exception, every time we have tried to foresee the next conflict… we have bee wrong. Is moving assets, funding, and bases to the East smart?

President Obama is pushing the Pentagon to look toward Asia, but some worry that US attention could overbalance away from Europe, which remains the home of many core allies. 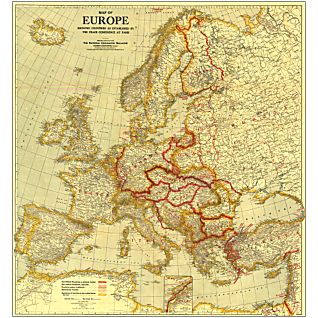 Washington–As the Pentagon sets its strategic sights on the Asia-Pacific region – warning of the rise of China and the growing importance of naval power – some US military commanders are concerned about the fate of America’s relationships with its traditional allies in Europe.

Lt. Gen. Mark Hertling, who heads US Army Europe, recalls a recent visit he made to Ukraine with the US secretary of the Army.

“He asked me specifically, ‘Hey, how’s the Ukranian Army doing?” General Hertling said at a talk at Johns Hopkins School of Advanced International Studies last month. “I said, ‘Well, Mr. Secretary, they still have some challenges with corruption, and they still have some problems with training, and their leadership is still a little bit more geared towards the former Soviet states than a new transformative government.’ ”

“He said, ‘So why the heck are we training with them?’ And I said, ‘Well, because they’d be whole lot worse if we weren’t.’ ”

The point, US military commanders say, is that Europe – both “old” and “new” – are vital to US national security. In a world were multilateral action is increasingly important, military cooperation with European powers can pave the way to peace. And relations with former Soviet states have proven useful.

Yet the number of US troops in Europe continues to diminish, from nearly a quarter of a million in 1975 at the height of the Cold War to an expected 30,000 in 2015. “Thirty thousand soldiers can do a lot of things,” Hertling said. “If they’re positioned to do the right kinds of things.”

The problem is that it’s easy to forget the region is in the midst of a presidential election in which Europe was mentioned only once during the debates – and that was in the context of the need for the Pentagon to “pivot” its focus from Europe to the Pacific.

When Hertling heard President Obama use that word “pivot” in discussing European policy, “it was disconcerting,” he said at a talk at Johns Hopkins School of Advanced International Studies last month.

“If we’re talking about a ‘rebalancing,’ getting it right in all areas, I’m OK,” Hertling added. “If you’re talking about completely taking away from one and giving to another, than I’m concerned about that from a military perspective.”

The Obama administration has generally stopped using the word “pivot,” since “it didn’t accurately describe what they wanted to do,” says Mark Jacobson, a senior fellow at the German Marshall Fund, who previously served as NATO’s senior civilian representative in Afghanistan.

“The Europeans took the initial pronouncement to mean that the US was going to consider its relationship with European allies secondary to other concerns.”

The South China Sea and the growing economies of southeast Asia important, Herling said, but Europe remains strategically vital. “The economic ties between the US and Europe are still preeminent.”

Even more important, he adds, are “the shared cultural values between the Western democracies, which is the first step towards being able to solve complex problems multilaterally,” Jacobson adds. “Since the problems in the world today are not such that can be solved by any one nation.”

Hertling cites the need for increasing engagement in the “new” Europe. Bases in the middle of Romania, for example, have been key to the Northern Distribution Network, a supply line that is vital for US forces when Pakistan crossings shut down, as they frequently do.

Though US relations with Russia remain frosty at times, Gen. Martin Dempsey, Chairman of the Joint Chiefs of Staff, has sought advice from his counterpart, the Russian chief of defense, on Afghanistan that “we have found useful,” Hertling added.

And Estonia has created a NATO Center of Excellence for Cybersecurity. “We call them kiddingly, in US Army Europe, E-stonia,” Hertling joked. “And we have actually sent some of our signaleers and intelligence folks to that center of excellence.”

What’s more, because of the open borders between European nations, “You could get a potential extremist with a plot starting in Turkey that can move throughout Europe without being checked once and get all the way to Rotterdam [Netherlands] and potentially the United States,” Hertling said.

Yet keeping many bases open in Europe is a tough prospect, he acknowledges, because of budget concerns and because there are no US citizens or congressmen to oppose the closure of European bases. “We have no constituency,” he said. “I mean, I can’t go to our congressman and say, ‘Hey, you really need to protect this base because it’s important to us.’ ”