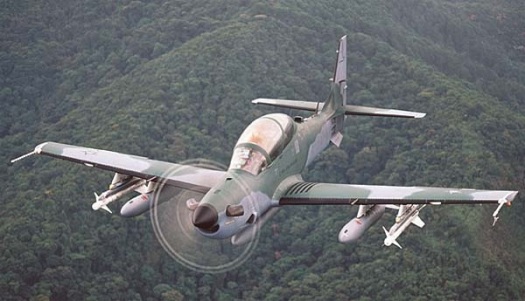 DeM Banter: big fears here…we continue to cut defense, but we continue to ask defense to keep doing what they are doing…we keep stretching our military thiner and thiner…like a rubber band, eventually something will give. When it does I fear the public will look to DoD and ask what went wrong…we had such faith in you? Motivated and highly trained people are key, but we will lose them if we don’t fund the department. Another option is change the National Strategy (not that we have one now), but openly acknowledge where we are and plan to that. Not sure I see the latter happening under either candidate. Thoughts?

BARACK OBAMA and Mitt Romney have their differences on foreign and defense policies, but the broader vision they have offered voters is essentially the same. They claim that the United States can remain the world’s “indispensable nation” even while retreating from global commitments, avoiding involvement in regional conflicts and nation building only at home. It’s a dishonest promise.

In Monday’s debate, as on the campaign trail, both the president and the challenger repeatedly portrayed U.S. leadership as essential to global stability. Mr. Obama invoked the phrase “indispensable nation” and saluted “the kind of American leadership that John F. Kennedy talked about 50 years ago.”

Mr. Obama then proceeded to boast about the withdrawal of U.S. forces from Iraq and Afghanistan. He swore off “nation building in these regions” and repeatedly promised to transfer resources to “nation building here at home.” He defended the half-trillion dollars in defense spending cuts he has planned, which, as Mr. Romney pointed out, will leave the Navy and Air Force with the lowest number of ships and planes in half a century or more.

Mr. Romney, similarly, declared that “America has a responsibility and the privilege of helping defend freedom. . . . We recognize that there are places of conflict in the world. We want to end those conflicts to the extent humanly possible.” Of Syria, he said, “this is a critical opportunity for America. . . . We should be playing the leadership role there.” But he then ruled out any U.S. “military involvement,” including a no-fly zone, in what has become a raging civil war. Is it possible, as Mr. Romney proposes, to replace Syrian dictator Bashar al-Assad “and to have in place a new
government which is friendly to us” while avoiding any use of U.S. power? It’s hard to see how.

One way of interpreting the candidates’ statements is as a commitment to retrenchment, to lowering U.S. aims in the world after a decade of exhausting wars and an economic crisis that has limited fiscal resources. That might be a popular course: Polls show many Americans welcome the U.S. plan for a retreat from Afghanistan by the end of 2014. Few support intervention in Syria or a conflict with Iran.

But Mr. Romney and Mr. Obama are not defending retrenchment. On the contrary, Mr. Obama is saying that he will embrace “all options necessary” to prevent Iran from obtaining nuclear weapons. He insists that “we are playing the leadership role” in Syria. For his part, Mr. Romney said that “we’re going to have to put in place a very comprehensive and robust strategy to help the world of Islam and other parts of the world reject this radical, violent extremism.”

In other words, both candidates are promising continued U.S. primacy in the world and deep engagement in the troubles of the Middle East and elsewhere. Yet they are claiming that can be done without the sacrifices of the post-9/11 decade or the Cold War — whether it is in dollars for the Pentagon and international aid programs or the commitment of U.S. military force. In that, they are surely wrong. The next president will have to choose whether to meet the expectations he has raised for U.S. global influence or the promises he has made of a respite from its costs.