DeM Banter:  Call this the “toothpaste theory,” if you squeeze the tube it is going to go somewhere…

Across the Middle East and South Asia, the group isn’t dead or dying but on the rise. 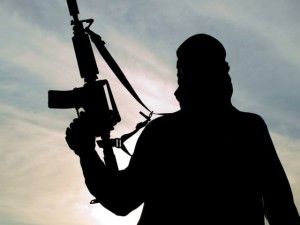 With Afghanistan the forgotten war this election season, many Americans might be wondering why we have 68,000 U.S. troops there at all. Sure, the Obama administration says they’ll be out “on schedule” in 2014, but can’t the U.S. immediately pull back and protect its interests with drones and special-operations forces alone?

To better understand the battle in Afghanistan, look to Libya, Yemen, Somalia, Sinai, Syria or Iraq—all places where al Qaeda and associated groups are a growing presence. (Al Qaeda in Iraq has doubled in size in the year since U.S. troops left the country.) These terrorists have already killed Americans, and they have planned and executed several attacks on the U.S. homeland that have failed only thanks to technical problems or outstanding police work.

While not the catalyst of the Arab Spring, al Qaeda and its friends are seeking to take advantage of the opportunities posed by revolutionary change throughout the Middle East. Despite the obvious intelligence and security failures that contributed to the attack against the U.S. Consulate in Benghazi, the reality is that in one night an al Qaeda-affiliated group destroyed a diplomatic post, killed a U.S. ambassador and three other Americans, and forced an end to clandestine U.S. activity in the area.

With al Qaeda not dead or on the run but on the rise across the Middle East and South Asia, there is only one place where the U.S. is on the ground and aggressively fighting back: in Afghanistan, al Qaeda’s heartland.

But Americans receive limited news from the front. The latest headlines are dominated by so-called green-on-blue attacks in which Afghan soldiers or police have attacked their U.S. or allied trainers. These attacks are appalling, but it is important to understand that the attackers aren’t our “Afghan partners.” They are Taliban foot soldiers and sympathizers exploiting the very real partnership we have with the growing Afghan National Security Forces. The attackers represent perhaps 0.01% of the approximately 345,000 Afghan security forces. These terrorists are loud and bloody, but they are statistically rare.

Americans also hear little about the success of our troops in isolating al Qaeda and the Taliban, cutting them off from the local population, and helping Afghans stand against them. Or how U.S. troops are restoring security to areas such as Kandahar that have lived under the thumb of Islamists and warlords for years. Or how sustainable that security is: This year we dramatically reduced our military presence in Helmand and Kandahar, but residual allied forces, our Afghan partners and locals have prevented the Taliban from regaining its positions.

The fight is hard and the Afghans aren’t easy partners, but we’re not in this for the Afghans. We’re in this for ourselves, and for our nation’s security.

So why Afghanistan and not Libya, Yemen, Syria or Somalia? Simple. Because we are in Afghanistan, and in numbers substantial enough to secure and hold territory—denying Ayman al Zawahiri and his followers a foothold. Afghanistan remains an opportunity to deal al Qaeda a vital strategic blow, especially since we have abandoned all operations—including counterterrorism operations—in Iraq.

Afghanistan is where much of the al Qaeda journey began. It is the main site where Osama bin Laden, Mullah Omar and their cohort rose to prominence fighting the Soviets in the 1980s. Afghan territory holds special significance to the group, which is committed to retaking it and re-establishing it as the base of a global movement.

Considering all this still leaves a few reasonable questions, such as why U.S. forces can’t leave and have counterterrorism troops take the lead. The answer is that special-operations forces are among the best and bravest of our troops, but they aren’t magicians. They can’t ensure that extremists don’t find haven among 35 million Afghans, and they can’t stop al Qaeda or the Taliban from preying on Afghan cities and towns.

Without the Afghans helping us in our mission, pretty soon we won’t know of anyone to target with drones, and our special operators will roam through hostile territory unequal to the inflow of terrorists. We need the Afghans’ help in this fight. They are giving a lot—and taking the casualties to prove it. But if we abandon them, they’ll stop.

Anyone wondering what Afghanistan will look like if we abandon the war or draw down troops too rapidly should look to Iraq, where a residual force would almost certainly have halted the current re-emergence of al Qaeda. Or to Syria, where more moderate forces are being increasingly overrun by hard-line Islamists. Or to Yemen, where al Qaeda in the Arabian Peninsula has carved out territory and an operational headquarters to plan attacks against America. Or to Libya, where the facts about Benghazi are still trickling out, but where we know that an al Qaeda-affiliated group was behind the deadly attack.

The only talking point on Afghanistan that the American people have heard this election season is “2014”—as in withdrawal. But al Qaeda and its friends world-wide have heard that too. And it gives them hope that in two short years their heartland will be ripe for retaking. They know full well—based on U.S. actions from Afghanistan to Iraq, Iran, Libya and Syria—that U.S. policy is to disengage, and that momentum is on their side.

Gen. Keane, a former vice chief of staff of the U.S. Army, is chairman of the Institute for the Study of War.