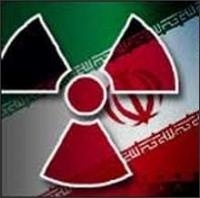 The president says he doesn’t bluff, and Iran keeps enriching uranium. If everyone’s telling the truth, we’re headed for a preventive war.

Otto von Bismarck famously equated it to committing suicide out of fear of death. Former Air Force Gen. Curtis (Bombs Away) LeMay, the inspiration for the maniacal generals in Dr. Strangelove, proposed it to stop the Soviet Union, China, and Cuba from going nuclear. President George W. Bush used it as justification for invading Iraq but later thought better of it as North Korea crossed the nuclear threshold. And now there’s President Obama, the most unlikely leader yet to gird for “preventive war” — this time with Iran.

The Islamic Republic is suspected of developing a nuclear weapon, and, so far, nothing — not pressure, not inspections, not sanctions — has induced it to stop. Since Iran is the No. 1 state sponsor of terrorism, and a nuclear-armed Iran poses an existential danger to Israel, Obama has threatened to use the last tool he has. In a speech before the American Israel Public Affairs Committee, he repeated that the military option remains on the table.

But he also went further than any previous president in taking the fallback options (containment and deterrence of a nuclear-armed Iran) off the table. “I do not have a policy of containment; I have a policy to prevent Iran from obtaining a nuclear weapon,” Obama said. “I will not hesitate to use force when it is necessary to defend the United States and its interests.” Which suggests that, if Iran doesn’t desist, and if Obama is true to his word — that is, if this declaration isn’t just strategic posturing — force is what it may come to.

It’s remarkable enough that preventive war still has a place in the nation’s strategic doctrine. Obama ran in 2008 against Bush’s preventive war in Iraq, which was based on the logic that, despite uncertainty about when Saddam Hussein might actually acquire a nuclear weapon, “we don’t want the smoking gun to be a mushroom cloud,” as then-Secretary of State Condoleezza Rice famously argued. But Americans never found weapons of mass destruction in Iraq, bolstering the international consensus that the concept is illegitimate. Today, many security experts are critical of a doctrine that Colin Gray, the director of Britain’s Center for Strategic Studies, describes as “shooting on suspicion.”

Given the fresh memories of Iraq, Congress might have been expected to agree. Instead, the Senate passed a nonbinding resolution, 90-1, “joining” President Obama in rejecting any policy that would seek to contain Iran “in response to the Iranian nuclear threat.” It’s worth pondering where this rare bipartisan agreement — to ditch a venerable U.S. doctrine of deterrence — came from. After all, as reams of scholarship on the Bush Doctrine noted, nuclear deterrence has worked against the Soviet Union, China, India, Pakistan, and North Korea, none of which have launched a nuclear weapon in anger or successfully used one as blackmail.

Preventive war to thwart a nation’s ambitions for weapons of mass destruction, however, has a truly checkered history. As a 2006 paper by the Army’s Strategic Studies Institute noted, U.S. missile strikes against suspected unconventional weapons sites in 1991 (Iraq) and 1998 (Iraq and Sudan) were widely viewed as ineffective for precisely the same reason the 2003 invasion of Iraq failed to reveal expected WMD stockpiles: The intelligence was inadequate to the high demands of a preventive-war doctrine. In fact, the U.S. intelligence community has been wrong more often than right about the nature and timing of nations’ WMD programs. “The effectiveness of any first-strike military doctrine depends on reliable intelligence,” noted a 2005 report commissioned by the Bush White House. “The U.S. intelligence community’s inability to produce accurate information on enemy threats renders such a doctrine feckless and reckless.”

Another major drawback to preventive war is that it can hasten the very behavior it aims to forestall. Israel’s 1981 strike on Iraq’s Osirak nuclear reactor is widely considered a successful preventive attack, for instance, but evidence uncovered after the 1991 Persian Gulf War “suggests that the attack may have accelerated Iraq’s nuclear program by causing Saddam to increase his personal and material commitment to it,” according to the 2006 Strategic Studies Institute report. Similarly, following the U.S. invasion of Iraq, analysts believe that both Iran and North Korea quickened their nuclear programs to deter attacks that might overthrow their regimes. (Libya, by contrast, ended its program.)

If preventive war has returned despite that record, it’s because of Washington’s special relationships — with Iran as an adversary and Israel as an ally. The Islamic Republic has had a deep enmity toward the United States and a doctrine of striking its enemies through terrorist proxies; that combination makes it of heightened concern in the post-9/11 era. Iranian leaders have also denied the Holocaust and called for the destruction of Israel. Given its history and strategic vulnerability, Israel decided long ago that it would strike first to deny adversaries access to nuclear weapons (in Iraq in 1981 and Syria in 2007).

Still, the costs of a preventive war might outweigh the costs of containment. “This vague sense that a nuclear-armed Iran would be irrational and could not be deterred doesn’t hold up to close scrutiny, because even with a bomb, there is no issue Tehran could escalate to a possible nuclear confrontation without risking its own annihilation,” says Paul Pillar, a Middle East expert formerly with the CIA. “This crisis with Iran is really all about Israel, its close and complicated relationship with Washington, and [Prime Minister Benjamin] Netanyahu’s determination to push this issue to the top of the international agenda.”

One Reply to “Shooting On Suspicion by James Kitfield”