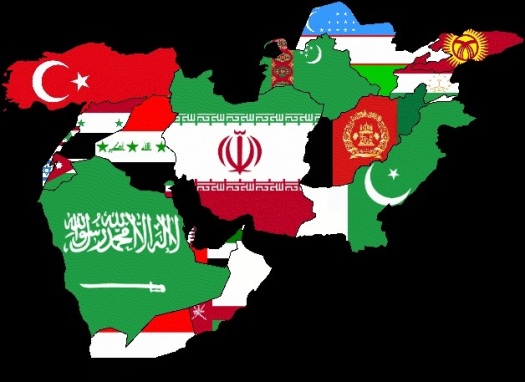 Secretary of State Hillary Clinton discovered in the Middle East this week that its revolutionary moment has entered a new, violent, and unpredictable phase.Just after her return, Syrian rebels managed to penetrate the Defense Ministry in Damascus and killed the defense minister, President Bashar Assad’s brother-in-law, and other officials. In Egypt, the military and the new Muslim Brotherhood leadership are locked in a dramatic struggle for the country’s future while Iran defiantly blocks progress with the United States on its nuclear ambitions. These rapidly shifting events pose tough choices for US leadership in the region and could have an impact on the 2012 election.

The Obama administration has made no secret of its desire to make Asia the focal point of our global policy, in contrast to the Middle East, where George W. Bush and presidents past were bruised and battered by the region’s caustic politics and endless conflicts. Pivoting to Asia makes great strategic sense. But fires in the Middle East keep getting in the way.

The Obama team was right to wind down the war in Iraq and begin that process in Afghanistan. But it has discovered just how intractable problems are in the Middle East and how pivotal and often unpopular a role the United States plays as the region’s power broker. This is as challenging a time as I can remember for the United States in the Middle East, where we risk a substantial loss of influence if we can’t lead in resolving major regional problems as we did so often in the past. Much depends on how we act on three interlocking crises — the future of the Egyptian revolution, civil war in Syria, and Iran’s continued drive to become a nuclear weapons power.

Clinton met in Cairo last week with the conservative military and the new Muslim Brotherhood dominated government. They are dueling over which will write the new constitution and thus gain the upper hand in securing national security, police and economic powers. Obama and Clinton are attempting the ultimate balancing act by staying close to both sides and encouraging them to work out their many differences. The United States wants the military’s support on vital security issues — maintaining peace with Israel, fighting terrorism and blocking Iran. At the same time, we also want to work with the newly elected government to express support for reform and the long road to a democratic future for the Arab world. These are laudable but elusive goals with many landmines along the way.

The situation is no less urgent in Syria, where the revolution may have reached a turning point this week, following Wednesday’s bombing and defections of two senior leaders as well as Russia’s ban on future arms sales. Assad is now weak and isolated. Until now the United States has resisted supporting a military intervention to oust the government. In the wake of this week’s events, the United States will now be pressured to adopt a much more aggressive effort to push Assad from power and stop his heartless slaughter of innocent civilians. There are risks in doing more, but Syria’s neighbors are counting on the United States to lead.

And the Obama team still confronts the most combustible issue of all — Iran’s threat to become a nuclear weapons power in an already incendiary Middle East. Hopes for a negotiated settlement are reduced as Iran has refused to budge on a range of key issues. Critics, including some hard-line Israelis, are predictably calling for an end to talks and a turn to war. But, as the toughest US and EU sanctions have only began in early July and we have just started talking to Iran seriously for the first time in three decades, my bet is the administration will find a way to keep diplomacy alive and Israel at bay for the remainder of 2012.

When Mitt Romney visits Israel next week, he will need to explain in much greater detail than he has so far how America should lead on these daunting challenges. Clinton concluded at the end of her trip that “we are called to be smart, creative, and courageous” in confronting these dangers. Who says foreign policy is an afterthought in an election year? These are critical issues for our future.

Nicholas Burns is a professor of the practice of diplomacy and international politics at Harvard’s Kennedy School of Government. His column appears regularly in the Globe.