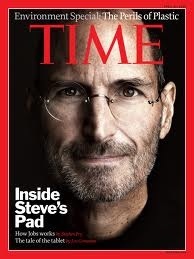 Writing for the April edition of the Harvard Business Review, biographer Walter Isaacson has penned a piece looking at the “real leadership lessons” of Steve Jobs. Mr. Isaacson, the author of Steve Jobs, used the 6,824 word essay to try and boil down that biography to the most essential and salient aspects of Steve Jobs as a leader for those who may have missed the message in the full book.
Article Here

“In the months since my biography of Jobs came out, countless commentators have tried to draw management lessons from it,” Mr. Isaacson wrote. “Some of those readers have been insightful, but I think that many of them (especially those with no experience in entrepreneurship) fixate too much on the rough edges of his personality.”

Mr. Isaacson pointed out that managers who have decided that the path to greatness is to be a jerk (like Steve) are missing the point. He argues rather eloquently that the “rough edges” of Mr. Jobs’s personality are only part of the equation. More importantly, the bigger part of the equation is to have the vision and skills to back it up.

He broke down his observations about Mr. Jobs and his leadership into 14 separate categories. Some of those categories might be better categorized as business models than leadership styles, but all of them should be the object of study by those seeking to learn from what Steve Jobs accomplished.

Focus – In the part of Steve Jobs that focused on his return to Apple and the last major phase of his business life, Walter Isaacson wrote extensively about Mr. Jobs’s ability to pare unnecessary products, services, marketing, packaging, and even buttons on Apple’s (and Pixar’s) products.

In this section of his essay, he offers several specific examples of this, including Steve Jobs’s meeting with Google CEO Larry Page, where he told the Googler that his company was in danger of becoming like Microsoft because it had no focus.

Simplify – We can’t think of another company that has been able to simplify the user experience like Apple has, and this is the largest section of Mr. Isaacson’s essay. He offers examples of Apple simplifying its devices and software, and points out that one of the things Mr. Jobs did was task his executives with finding industries “ripe for disruption” because it made products and services that were too complicated (to wit: MP3 players in 2000).

Take Responsibility End to End – This is one of those categories that might best be thought of as business model, as Mr. Isaacson makes the case for Steve Jobs’s preferred model of controlling the whole widget. Few companies do so today, and none do it in the computing industry. It’s a tough row to hoe, but we would love for Apple to have competition in this arena.

When Behind, Leapfrog – Steve Jobs was mortified when he realized that Apple had missed the boat when it came to burning (music) CDs with its original iMac. His solution, according to Mr. Isaacson, was to leapfrog the competition with the iPod and iTunes. The key lesson here is that leaders shouldn’t think about playing catch up (that’s a hint that Apple’s competitors today should take), but should instead leapfrog what the competition is doing.

Put Products Before Profits – We think this is likely the most difficult lesson for the corporate world to take. Steve Jobs, then-COO and now-CEO Tim Cook, and CFO Peter Oppenheimer have all spoke at length that Apple’s philosophy is to focus on making great products, and that by doing so, the profits will take care of themselves. Sales people and accountants tend to focus more on profits than products, and Mr. Jobs believed this a recipe for mediocrity.

Don’t Be a Slave To Focus Groups – When Steve Jobs was asked by a member of the original Mac development team if they should run something by a focus group, Mr. Jobs famously said, “No, because customers don’t know what they want until we’ve shown them.”

Bend Reality – Another consistent point made throughout Mr. Isaacson’s book is that the people around Steve Jobs accomplished great things—frequently things they themselves knew couldn’t be done—simply because Steve Jobs believed otherwise. This is amazing, and we wonder how long it will be before we see someone else who can do the same thing.

Impute – Another way to think of this category is that it turns out the cover really does matter (for young people reading this, we’re referring to “books”—look it up). Steve Jobs obsessed over packaging and presentation, and this is another of the more important lessons included in Mr. Isaacson’s essay.

Push for Perfection – Back in the day when Mac vs. Windows was the platform war that mattered, we at The Mac Observer frequently and loudly argued that what set Apple apart from the competition is that the problem with the Windows world was that it settled for “good enough.” In this section, Mr. Isaacson lays out the case that Steve Jobs’s pursuit of perfection was a big part of why he was so successful.

Tolerate Only “A” Players – Here’s the heart of the issue of Steve Jobs and his “rough edges.” According to Mr. Jobs, being brutally honest (and frequently rude) was one of the ways he kept the “B players” from gaining a foothold at Apple. In the book, Mr. Isaacson writes at length on the issue, but the key lesson here is that to at least some degree, there was a method to this particular madness.

Engage Face-to-Face – Boiling this section down to its essence: Meet face to face whenever possible and don’t try to collaborate through email.

Know Both the Big Picture and the Details – Here we have another thing we think sets Steve Jobs apart. He had a big picture vision and the ability to hone in on the tiniest details that he thought mattered. We wish anyone luck who wants to emulate this.

Combine the Humanities with the Sciences – Mr. Isaacson calls out a big picture ideal with this category. He argues that Mr. Jobs was focused on the idea of marrying the humanities with science, and identifies the concept as a key part of why Apple and its products are so great.

Stay Hungry, Stay Foolish – In the category, Mr. Isaacson attempts to bring it all home by talking about Steve Jobs’s discovery of the titular phrase and how it played a role in his leadership throughout his life.

The short version from all of this is that if you think you can achieve Steve Jobs’s success by simply walking around and being a dick to people, you’re sadly mistaken. The truth is that the formula that made Mr. Jobs so successful is so complex, it’s not readily reproducible.

Whether you love Apple’s products or think using one is the mark of an idiot, a sucker, a loser, or worse, the man who made the company is a once-in-a-generation leader like Thomas Edison, Henry Ford, and maybe even Leonardo da Vinci. That includes both his greatness and character flaws.