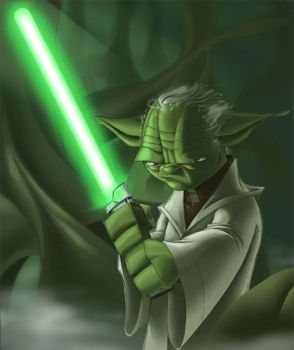 Arguably the greatest Jedi Master of all time, Yoda was renowned throughout the galaxy for his ability with the Force and his great wisdom. Of all of his insights, probably his most famous piece of advice was given to Luke Skywalker on Dagobah: “Try not. Do, or do not. There is no try.”

Whilst we could spend time plenty of time explaining why this makes Yoda pretty much the single worst teacher of all time, we decided instead to check a few things called “facts” and see how Yoda stacked up against his own advice. Without further ado, here is a (non-exhaustive) chronological list of things the grossly incompetent Jedi Master tried (and completely failed) to do:

The moral of the story is, the next time a gramatically-challenged swamp-dwelling hypocritical magic space goblin tries to give YOU advice about how to live your life, maybe just point him to this list, hop back into your X-Wing and get the Force out of there.