DeM Banter:  Brilliant lady…used much of her work at Hoover and honored to work with her (at much distance) in the Pentagon.  Always thought provoking. 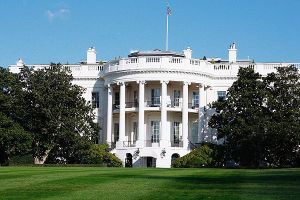 As the United States peers into the abyss beyond the “fiscal cliff,” we must come to terms with a sobering reality: Even if Congress manages to take last-minute action to avoid a “Thelma and Louise” moment for the country, the road ahead could still lead to catastrophe if we fail to navigate well. Unfortunately, if our past behavior is any guide, we risk taking several wrong turns.

The first would be to try to solve our deficit problem only through spending cuts and without raising revenue. This could lead to draconian cuts in federal spending that would create real risks for the safety and security of Americans. Deep cuts could, for example, lead to an air-traffic control system that lacks enough controllers, counterterrorism teams without enough FBI agents and intelligence support, and possibly having troops deploy to Afghanistan without the readiness or capabilities they need. In most American households, where pragmatism and financial discipline typically trump ideological discipline, the common-sense solution would be to try to bring in more money while also tightening our belts.

The second wrong move would be making deep cuts in government spending without fundamentally rethinking and transforming how government does business. While the federal government has a dedicated workforce that provides a number of essential functions and services to taxpayers, no one would argue that it is a model of efficiency or effectiveness. Indeed, many federal agencies and their core business practices were designed in the 1950s and 1960s. Even agencies that have gone through periods of reinvention remain years behind the private sector in terms of performance and efficiency.

In the past decade, the most competitive and successful U.S. companies have fundamentally transformed how they do business. They have adopted new strategies to cope with a more complex, dynamic and uncertain environment. Many have gone through a process of “delayering” to streamline and empower their organizations. They have leveraged new information technologies to enhance performance, agility and competitiveness while reducing cost. And they have made strategic investments in human capital and talent management to improve performance and foster the next generation of leaders.

While some federal agencies have made good-faith attempts to become more efficient, most still carry the dead weight of unnecessary overhead, outmoded business processes, infrastructure that is no longer aligned to their mission, and underperforming organizational structures.

The obvious and critical question is: Why?

One reason is that when budgets are on the rise – as they have been for the past decade – the focus tends to be on growth, not efficiency. It’s about doing more rather than doing more with less.

Second, federal agencies typically lack the expertise and experience to transform themselves into more effective and affordable enterprises. They often need outside help to assess their strengths and weaknesses, identify the most important avenues for change, and design and implement initiatives that will achieve results.

Third, change is hard – and it is often threatening. One person’s efficiency can break another person’s rice bowl. The old ways are often deeply entrenched, preserved by powerful political constituencies that are resistant to change. Whether it is right-sizing the Defense Department’s bloated infrastructure to enable greater investment in war-fighting capabilities or streamlining a federal agency to be more agile and responsive to citizens’ needs, someone somewhere is liable to feel disadvantaged by the change and to protest to his or her representatives in Congress.

Which brings me to the third wrong turn we could take: failing to rise above parochial concerns to seize what is, in fact, a once-in-a-generation opportunity for our country as a whole – an opportunity to redesign the federal government and enhance its ability to serve the American people while reducing costs.

The budget pressures to motivate change exist. The expertise and experience to make real, lasting change exist. The question is: Do the American people and those we elect to Congress have the political will to do what is necessary to give the United States the effective and affordable government that this nation needs to lead and compete in the 21st century?

The writer, a senior adviser at Boston Consulting Group, was under secretary of defense for policy from February 2009 to February 2012.