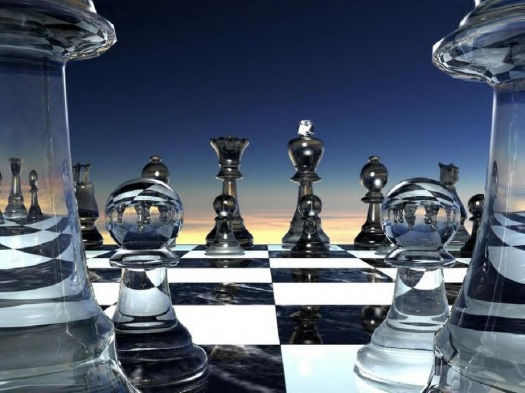 DeM Banter: Any article that mentions Samuel Huntington, Maj. Gen. H.R. McMaster, and Machiavelli in the same piece… must be good. Interesting take and I really would like to believe the last paragraph, but my fear is reality lies in the first couple of paragraphs. This is indeed a Ends-Means Gap… but what about the Ways? I think we are lacking there as well. Thoughts?

In the debate over U.S. intervention in Syria, there is a striking, almost bizarre mismatch between ends and means. We want to defeat a ruthless and powerful regime, rescue a country from civil war and usher in a new democratic political order. But those seeking this outcome also believe firmly that we must never consider committing U.S. soldiers to the fight. “The worst thing the United States could do right now is put boots on the ground in Syria,” Sen. John McCain said recently.

When asked the U.S. objective in Syria, some proponents of intervention say it is to end that country’s humanitarian nightmare. But in the short term, arming one side will increase the violence and bloodshed. That’s fine if it serves our real objective, which is the ouster of the Assad regime, a nasty and evil dictatorship. But that is a negative objective. The lesson of Iraq is that defeating Saddam Hussein – whose regime was perhaps even worse than Bashar al-Assad’s – was only a stepping stone to an outcome.

Our goal for Syria is a democratic country where all sects can live in peace. Achieving that would require a lot more than the defeat of Assad; it would require an occupation of sorts to ensure the creation of a suitable political system. We attempted just that in Iraq and, despite a massive, decade-long effort that cost trillions of dollars and thousands of lives, Iraq today cannot be described as either genuinely democratic or multiethnic. (The international intervention in the Balkans was also followed by a decades-long occupation, which continues to this day in Bosnia.) Put another way, we want an outcome in Syria that is even more ambitious than the one in Iraq – yet we intend to achieve it through a “no-fly” zone.

In the mid-1980s, the scholar Samuel Huntington pondered why the United States, the world’s dominant power – which had won two world wars, deterred the Soviet Union and maintained global peace – was so bad at smaller military intervention. Since World War II, he noted, the United States had engaged militarily in a series of conflicts around the world, and in almost every case the outcome had been inconclusive, muddled or worse.

Huntington concluded that we rarely entered conflicts actually trying to win. Instead, he reasoned, U.S. military intervention has usually been sparked by a crisis, which put pressure on Washington to do something. But Americans rarely saw the problem as one that justified getting fully committed. So, we would join the fight in incremental ways and hope that this would change the outcome. It rarely does. (More recent conflicts where we have succeeded – the 1990 Persian Gulf War, Grenada and Panama – were all ones where we did fight to win, used massive force and achieved a quick, early knockout.)

In Syria, we have lofty ends but no one wants to use the means necessary to achieve them. So we are now giving arms to the opposition and hoping this will bring the regime to the negotiating table or force it to strike a deal. But, as Huntington observed, “military forces are not primarily instruments of communication to convey signals to an enemy; they are instead instruments of coercion to compel him to alter his behavior.”

One of the U.S. Army’s most intelligent officers, Maj. Gen. H.R. McMaster, wrote a study of the Vietnam War that detailed this error. He described Lyndon Johnson’s 1964 plan as one of incremental pressure that “depended on the assumption that the limited application of force would compel the North Vietnamese to the negotiating table and exact from them a favorable diplomatic settlement.” The strategy, McMaster noted, was “fundamentally flawed.” The enemy is fighting to win – not playing a negotiating game.

The chance that our current efforts in Syria will do enough to achieve even our stated objectives is small. Eventually, the contradictions in U.S. policy will emerge and the Obama administration will face calls for further escalation.

It is possible the White House will resist them. Daniel Drezner has argued on his blog on ForeignPolicy.com that the new move “is simply the next iteration of the unspoken, brutally realpolitik policy towards Syria that’s been going on for the past two years. . . . [T]he goal of that policy is to ensnare Iran and Hezbollah into a protracted, resource-draining civil war, with as minimal costs as possible. This is exactly what the last two years have accomplished . . . at an appalling toll in lives lost.”

If this interpretation of the Obama administration’s behavior is correct, then the White House might well be playing a clever game – but it is Machiavellian rather than humanitarian.

One Reply to “An Ends-Means Gap By Fareed Zakaria”