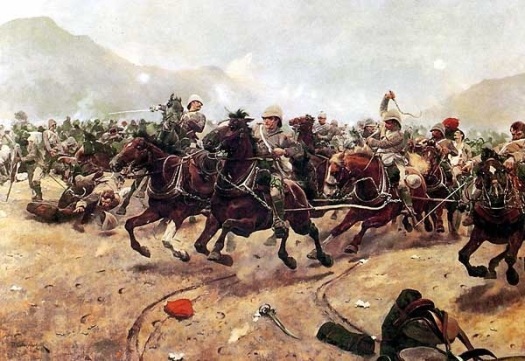 Afghanistan provides all too many examples of the wisdom of Winston Churchill’s saying “those that fail to learn from history, are doomed to repeat it.” Great Britain forgot the hard-learned lessons from the First Anglo-Afghan War (1839-42) and got caught in the misadventure of the Second Anglo-Afghan War (1878-80). The Afghan Communist government that took power in a military coup in 1978 did not appear to have learned from the failed westernization and reform experiment of King Amanullah (1919-29); it imposed radical changes and engaged in brutal repression, quickly stirring up a violent reaction that threatened the new regime. The Soviet Union optimistically viewed its military intervention in Afghanistan at the end of 1979 as a limited action with a short time horizon-assumptions that proved unfounded and whose lack of realism would have been apparent from a review of Afghan history. And it does not seem that the United States and its NATO allies reflected on lessons from the Soviet occupation when they initiated the international military intervention in Afghanistan after 9/11, even though, as Bruce Riedel noted: “A country rarely fights the same war twice in one generation, especially from opposite sides. Yet that in many ways describes the U.S. role in Afghanistan today.”

Afghanistan and its international partners now face a challenging process of international military drawdown and transition-in security, political, financial, and economic spheres. What can be learned from Afghanistan’s history to inform and help guide this process? A recent paper outlines parallels and contrasts between past and present, and distills some historical themes and lessons that may be relevant for the current transition and beyond. It focuses on the change of Soviet strategy and its military withdrawal from Afghanistan (1986-89) and the subsequent Soviet-backed Najibullah regime (1989-92). Of course, any lessons from history must be applied cautiously, in full cognizance of the current situation and major differences from the past. Nevertheless, findings of the paper do shed light on themes and lessons from Afghanistan’s history that could inform current transition planning and the path ahead.

First, it is necessary to clear up some myths and misconceptions. Afghanistan is a geographically well-defined country, whose borders were formed during a long period of conflicts and resistance against outside powers, most notably the British and Russian Empires. Dating from 1747, the country has a far longer history as a distinct national entity with continuity to the present than most of its neighbors-such as Pakistan, created in 1947 with artificially demarcated borders in two separate parts, or the central Asian states to the north formed after the break-up of the USSR at the end of 1991. Unlike some of its neighbors, Afghanistan has never had a significant secessionist movement. And the 1933-73 period shows that the country can be stable and effectively governed. The Afghan monarchial state did not penetrate deeply into the countryside, nor was it very successful developmentally, but it did keep the peace and maintain order, was perceived as legitimate internally and externally, maintained reasonable control over its borders, exercised independent diplomacy in a difficult region, and limited and monitored the activities of foreigners within the country-basic state functions which subsequent Afghan governments have struggled to fulfill.

Second, expectations about the pace of progress need to be kept modest. Whether domestically or externally driven, overly ambitious reform efforts with unrealistically short timeframes-particularly those disturbing established power relations in rural areas and affecting religion, culture, and the role of women-have led to sharp domestic reactions that set back development, sometimes for decades.

Third, the possibility of Afghanistan’s neighbors playing “spoiler” roles and of regional rivalries undermining transition is very real. Historical experience and the current situation in Pakistan indicate that there may be a need to plan around, or at a minimum for contingency planning, with respect to Pakistan for example preventing a meaningful peace agreement with the Taliban. Iran and to a lesser extent other regional countries may also raise issues for the transition. More generally, the Soviet withdrawal period shows both the difficulties in reaching a peaceful solution to a conflict during military withdrawal, and the adverse consequences of failure to do so.

Fourth, Afghanistan’s history has been characterized by chronic succession problems and associated conflict. Indeed not since 1933, and only three times since 1747, was there a smooth succession from one ruler to the next. Of the eight leaders of Afghanistan during 1973-2001, all but one died violent deaths or were ousted/exiled from power. Thus history highlights the challenges associated with the 2014 political transition and underlines the need for effective election preparations and a political strategy to maximize the prospects for smooth elections. If successful and not followed by post-election violence, the next Presidential election would comprise an unprecedented peaceful transfer of government leadership in Afghanistan’s recent history.

Fifth, the post-Soviet withdrawal period shows the potential and limitations of Afghan security forces: holding onto Kabul and other large cities is probably the most that can be hoped for. Indeed, more risks may be associated with the Afghan National Army during and after the current transition given greater ethnic factionalization; parts of the ANA could fragment or desert earlier rather than later, whereas the post-Soviet Afghan army held together reasonably well until near the end.

Sixth, the Soviet and post-Soviet experience with arming and paying militias suggests that this approach is fraught with danger, risking instability given dependence on payments to militia leaders and exacerbating grievances and drivers of conflict due to predatory behavior of many militias. A “political marketplace” as seen in some African countries, where factionalized and short-term patronage is used for political and security management to hold together different ethnic groups and regional interests, and where deals reached can be-and frequently are-re-opened including through violence, is unstable and does not provide a good foundation for successful transition or sustained political progress.

Seventh, effective Afghan leadership, pursuing a national agenda, has been critical for achieving positive outcomes in times of change and transition in Afghanistan, including foreign military withdrawals. International experience also underlines the importance of effective national leadership during transitions, as emphasized in the 2011 World Development Report Conflict, Security, and Development.

Eighth, Afghanistan during most of its history has depended on outside financial support in various forms, and the current transition and following period will be no exception. While aid certainly can and should decline from the extraordinarily high levels seen in recent years, abruptly stopping or suddenly cutting back support would be a recipe for disaster, as occurred most notably in 1991-92 when the Soviet Union in its final days stopped all support to the Najibullah regime and it quickly collapsed.

Ninth, the Afghan economy currently is in much better shape than during the Soviet and post-Soviet period, having seen recovery and rapid growth over the past decade in contrast to the widespread destruction of infrastructure and the rural economic base and massive displacement of population during the 1980s and early 1990s. In coming years the destabilizing effects of a deep economic contraction must be avoided, which will depend on maintaining political stability, avoiding deterioration in security, and building confidence, as well as gradual rather than abrupt declines in international aid.

Finally, it is also important not to overlearn some apparent lessons from history. For example, Afghanistan’s problematic experience over the past five decades with divisive, ideologically and ethnically driven political parties has made political parties in general an anathema to many Afghans. But effective political parties are an essential ingredient in successful democracies around the world, and a signal failure of the post-2001 period has been that more nationally oriented political parties have not emerged and developed.

In conclusion, some lessons from Afghanistan’s turbulent history constitute warnings and cautionary themes about what can go wrong. This reflects the reality of the country’s history, and both Afghans and international partners should move forward with eyes open so problems and risks can be managed better and mitigated to the extent possible. Certainly Afghanistan, the region, and the world cannot afford a repeat of the disastrous history of the 1990s-a worst-case outcome whose ramifications and damaging effects continue to be felt to this day. All parties must make strong efforts to ensure that such a repetition of history is avoided.

William Byrd is a visiting senior expert at the United States Institute of Peace. The views expressed here are his own.