DeM Banter:  And… imagine if we then rewarded these personalities for what we all know they could bring to the fight?  So cool… We need the personalities… not the clones. 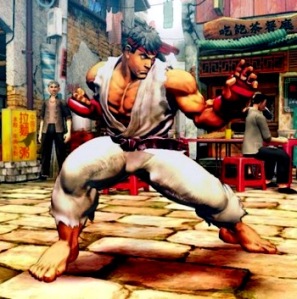 It’s natural to hire like-minded people. But by doing so, you might be missing crucial ingredients for your company’s success.

While functional leadership roles must certainly be filled, slotting talented people into an org chart will never unlock your company’s fullest potential.

By thinking of your team only in terms of roles, you risk building a group with homogeneous cultural attributes. This is an easy trap to fall into, as we tend to hire like-minded people, often in our own image. But by doing so, we miss crucial ingredients for success by passing over candidates who just might be the difference makers.

Rather than only looking at educational background and functional experience, make sure your organization has each of these personality types:

The Visionary
While the rest of the company is heads down on the challenges of the day, someone needs to be heads up, willing to dream wildly and think ahead. When your organization has a senior leader who focuses on what’s possible and breathes reinvention, you ­­­have a chance to reach those stellar, dreamed-about heights. Without this foresight, you run the disastrous risk of sliding into bureaucratic mediocrity. Growth won’t happen by protecting old ideas. You must employ a champion to push the organization forward into uncharted waters.

The Executor
As a venture capitalist, I regularly see start-ups sputter because they’re so focused on vision that they don’t take the unsexy, detail-oriented work seriously. If your team is all grandeur and no precision, you’ll end up lagging behind instead of accelerating ahead. It is rare to find a founder who is world-class at both vision and execution, so make sure there is balance to your team. Countless great visions crashed and burned because there was no one owning the role of disciplined follow-through until completion.

The Customer Advocate
Someone has to live and breathe for your customers. A deep, empathetic understanding of your customers’ wants and needs can make the difference between realizing enormous success and fizzling out. Many companies start with a brilliant insight on how to better serve customer needs, but then make the shift to an internal focus as they grow. A key leader who never loses touch with the market satisfaction is as important as keeping the lights on.

The Street Fighter
Academic, manicured approaches rarely work in fast-growing companies. Irrespective of job title, someone needs to be the voice of grit and determination. The courage and commitment to do whatever it takes to achieve cannot be understated. In the words of Alexander the Great, “I am not afraid of an army of lions led by a sheep; I am afraid of an army of sheep led by a lion.”

The Promoter
The average customer sees more than 3,000 brand messages a day, so someone on your leadership team needs to be in the zone while pounding on the table and demanding attention. Unless a team member is foaming at the mouth to shout your story from the mountaintops, you’ll be lost in the nonstop noise. Think of the magic that Steve Jobs, Oprah, and Donald Trump have unleashed to make ignoring them simply impossible.

In the same way that a football team loses if it has all running backs and no defensive tackles, your organization is at risk if it’s missing key personality attributes. It is possible that some individuals may possess multiple traits; just make sure each characteristic is represented with strength around the leadership table.

It’s time to think of your org chart by leadership traits instead of functional roles. Get this right, and you’ll be unstoppable.

9 Replies to “5 Personalities Your Company Needs by Josh Linkner”