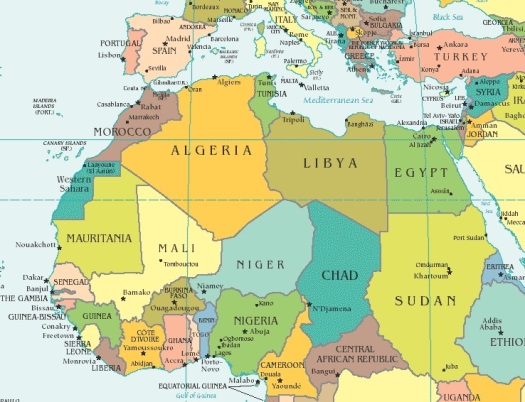 DeM Banter: interesting…and all part of the toothpaste theory…squeeze the tube and it will go somewhere and…it will change form.

The Obama administration is working with its allies to frame a strategy to combat what might be called “al-Qaeda 2.0” – an evolving, morphing terrorist threat that lacks a coherent center but is causing growing trouble in chaotic, poorly governed areas such as Libya, Yemen, Syria and Mali.

U.S. officials liken this new problem to the spread of cancer cells: Al-Qaeda nodes emerge in diffuse places, feeding off local issues and grievances. These cells have only a loose, ideological connection with what remains of the core leadership in Pakistan, but they are stubborn and toxic.

Striking at these local nodes – as the French are doing now in Mali – can disrupt the new terrorist cells. But analysts stress that there will be consequences: The cells may metastasize further, drawing new jihadists into the fight and potentially threatening targets in Europe and the United States.

The basic U.S. counterterrorism strategy is similar to the one adopted after the Sept. 11, 2001, attacks: The CIA seeks to build up the security services of regional allies that can help penetrate and disrupt the terrorists in ways that would be impossible for the United States acting alone. But the 2.0 version of the counterterrorism coalition is more complicated than the earlier effort launched by then-CIA director George Tenet, for several reasons:

Some key liaison partners, such as Libya, Egypt and Yemen, are no longer as helpful because of the changes brought by the Arab Spring. This revolution has swept away authoritarian regimes and the intelligence services, known as moukhabarats, that helped sustain them. That’s a gain for democracy and human rights but a setback for counterterrorism efforts.

Libya under Col. Moammar Gaddafi was a repressive dictatorship. But his intelligence service stopped al-Qaeda terrorists from operating in or transiting Libya. The new Libyan government wants to be helpful. But in the chaotic current conditions, especially in eastern Libya, it’s unable to offer any real counterterrorism, or CT, assistance.

The Egyptian spy agency retains much of its old tradecraft and competence. But under President Mohamed Morsi’s government, the Egyptians are a less aggressive CT partner. That’s understandable, given that Morsi and his Muslim Brotherhood allies were once targets of the moukhabarat. But it means that the Egyptian service, now headed by Gen. Mohamed Raafat Shehata, is reluctant to move without political cover from Morsi.

The United States had planned to use this regional coalition strategy for dealing with the spread into Mali of al-Qaeda in the Islamic Mahgreb (AQIM), as the North African affiliate is known. The idea was to build up intelligence services in Mali and neighboring Mauritania, Niger and Nigeria. But this strategy was complicated by AQIM’s rapid move south in Mali. When the group moved toward the capital of Bamako, the French feared it could have a haven for attacking France.

The French military mission may prove costly. U.S. officials believe that the effort will require two to three years and will inevitably bring retaliatory attacks in the region and also, perhaps, against France and its Western allies. Mali may also become a magnet for jihadists, as happened in Iraq and Afghanistan.

The most dangerous new al-Qaeda threat may be the al-Nusra Front in Syria. Though it emerged as an affiliate of al-Qaeda in Iraq, it’s now seen by U.S. analysts as independent, in terms of funding and personnel, and increasingly able to consider attacks on targets in Europe. If the Syrian war continues on its current path, analysts expect to see a fragmentation of the country, a serious counterterrorism problem and a very serious chemical-weapons problem. Yet, astonishingly, the United States still lacks a coherent response.

The mainstays of the U.S. counterterrorism coalition remain reliable European allies, such as Britain and France, plus increasingly sophisticated Arab partners in the monarchies of Saudi Arabia, Jordan, the United Arab Emirates and Qatar. They can help the United States bolster regional security services with modern capabilities, training and leadership.

The Obama administration also wants to avoid the rhetoric and entanglements of a global “war on terror” this time around. “Our CT approach is to do things where possible through our partners, and not necessarily by ourselves,” says one senior administration official.

So long as the cancerous nodes of al-Qaeda don’t threaten the American homeland, U.S. officials want to avoid using drone strikes or other such attacks. But as the local cells adapt and spread, al-Qaeda 2.0 will almost certainly move through the global bloodstream toward targets in the United States.