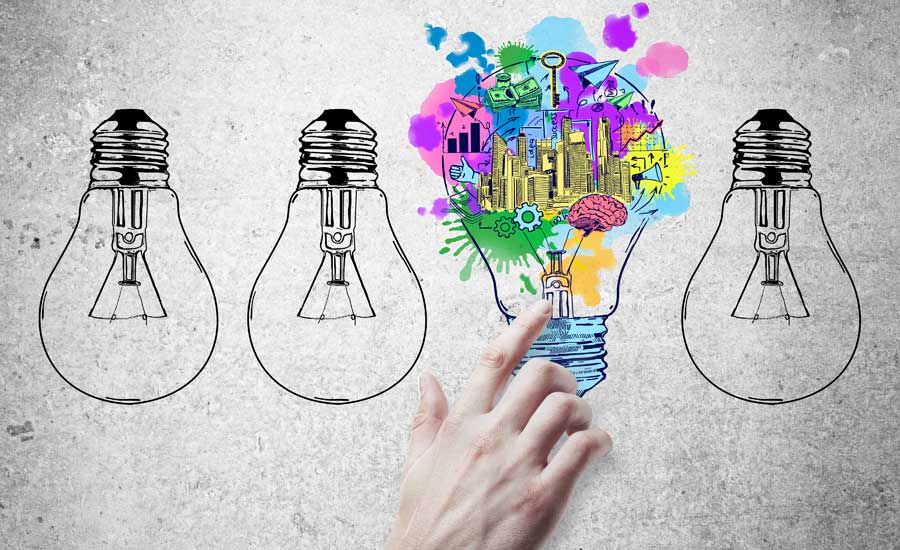 Everyone has an idea. But it’s really about executing the idea and attracting other people to help you work on the idea. — Jack Dorsey 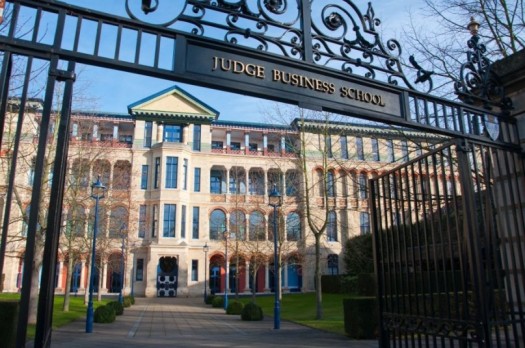 Twice a year I return to England as a Fellow of Social Innovation at the Cambridge Judge Business School.  In the short, yet very kind write up on the university’s web site, I am listed as having “extensive experience of intraprenurship and innovation”.  Note…experience can be good and/or it can be bad, but in a massive bureaucracy like the US Military, what is intraprenurship?

In 1992, The American Heritage Dictionary acknowledged the popular use of the new word, intrapreneur to mean “A person within a large corporation who takes direct responsibility for turning an idea into a profitable finished product through assertive risk-taking and innovation“.

Intrapreneurship is now known as the practice of a leadership style that integrates risk-taking and innovation approaches, as well as the reward and motivational techniques that are more traditionally thought of as being the province of entrepreneurship.

Large organizations need intrapreneurs or “intracorporate entrepreneurs.”  The intrapreneur’s role is to take a new idea and turn it into a “reality.” To innovate, intrapreneurs require the trust of executive leadership and in turn the ability to execute effectively an idea. 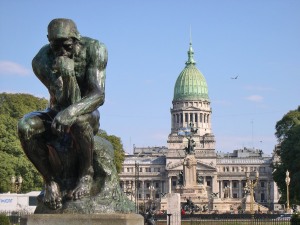 As a leader, we cannot plan innovation so we can’t create a formal, structured plan describing exactly what results we expect.  This makes innovation in a large bureaucracy extremely difficult.  We have to allow for the serendipity and flexibility that make intrapreneuring work—and that includes time to think (T3).  A key factor is selecting the right team to work on the idea and trust it to perform effectively, as opposed to believing the key is simply the idea itself which will in-turn be a boom or profit for the organization.

Honestly, it is pretty easy to come up with ideas.  The crux of the issue for an intrepreneur is what do we do with these ideas.  For this we need leaders that are heroes.  Heroes, by definition, are simply leaders known for their courage, outstanding achievements, and high moral character.  Turning an idea into a new product, service, process, or system that is widely used requires all of the qualities of a hero—courage, vision, and a willingness to lead using experiences, networks, and a comprehension of the bureaucratic map to include land mines, booby traps, and villains not caring who receives the credit.

As we know, heroes are also creatives and rarely work alone.  It is difficult for intrapreneurs to work on their own in a complex, organizational environment; therefore we need to create a team who can work together on turning ideas into reality.  Ideally, we should build a diverse team from a variety of disciplines and functions in the organization.  Each member brings different perspectives and skills to the project, and all members must be passionate, enthusiastic, and committed.

We were successful in building such a team at RAF Mildenhall—referred to as the 100th Operations Group Creative (OGC) or more simply, The Creative.

The command team (Commander and Deputy) served as the sponsor for the organization and we backed with some power and influence the ideas of The Creative.  We also helped coach, mentor, and protect the team as well as securing resources. We relieved the team from having to seek approvals and maneuver through day-to-day bureaucracy and politics.  OGC was allowed to focus on making innovative projects work.  As the team members worked on the projects, they gradually took on a life of their own as more and more people, from new team members to higher headquarters, major commands, and The Pentagon all became excited about some of the projects.

As we began creative type work at the USAF’s Officer Training School, we were confronted with a new conundrum.  We had to recognize that everyone has the ability to be creative. This talent is buried in some who may have been discouraged by parents, teachers, or employers to create.  Many folks are simply uncomfortable with a “blank canvas”, so we actively worked to create an environment that nurtured creativity to encourage everyone to be more creative.

As ideas are generated, it is the heroic leader’s role to support these ideas, protecting them from those who are skeptical regarding creative concepts.  The “bureaucratic immune system” responds with initial resistance to anything that might disturb the status quo.  The intrepreneur   helps create a “compelling vision” to focus the efforts of the team and builds a campaign  illustrating how the organization will profit from the innovation.

As the leader we need to invest time into mentoring and coaching the team, and when we do we must conscientiously lower our status so the team members don’t think we are giving them a directive. Instead, we become part of the creative.  However, we are also still the heroic leaders that will engage in any necessary behind-the-scenes politicking on behalf of The Creative.

Back to the Hero—this all-out effort takes courage.  Courage to push the idea, even if we have to bend or ignore some unimportant rules. There will come a time for this hero or intrepreneur to remember,  as Rear Admiral Grace Hopper said, “it’s easier to ask for forgiveness than permission.”— just be careful not to push any rules that actually endanger the organization or its members.  This takes discernment, wisdom, knowledge, and grace—and if we push too hard and something breaks, we utilize that high moral character and take full responsibility.

Bottom line—I appreciate the comments on having “extensive experience of intraprenurship and innovation”, but it is far from a one-man show.  It’s all about the team and helping others succeed. As a heroic leader, we have to use our courage, achievements, and high moral character to ensure others succeed as well.

One of the most well-known examples of intrapreneurship is the “Skunk Works” group at Lockheed Martin. The group was originally named after a reference in a cartoon, and was first brought together in 1943 to build the P-80 fighter jet. Because the project was to eventually become a part of the war effort, the project was internally protected and secretive. Kelly Johnson, later famous for Kelly’s 14 rules of intrapreneurship, was the director of this group.

1.  The Skunk Works manager must be delegated practically complete control of his program in all aspects. He should report to a division president or higher.

2. Strong but small project offices must be provided both by the military and industry.

3. The number of people having any connection with the project must be restricted in an almost vicious manner. Use a small number of good people (10% to 25% compared to the so-called normal systems).

4. A very simple drawing and drawing release system with great flexibility for making changes must be provided.

5. There must be a minimum number of reports required, but important work must be recorded thoroughly.

6. There must be a monthly cost review covering not only what has been spent and committed but also projected costs to the conclusion of the program.

7. The contractor must be delegated and must assume more than normal responsibility to get good vendor bids for subcontract on the project. Commercial bid procedures are very often better than military ones.

8. The inspection system as currently used by the Skunk Works, which has been approved by both the Air Force and Navy, meets the intent of existing military requirements and should be used on new projects. Push more basic inspection responsibility back to subcontractors and vendors. Don’t duplicate so much inspection.

9. The contractor must be delegated the authority to test his final product in flight. He can and must test it in the initial stages. If he doesn’t, he rapidly loses his competency to design other vehicles.

10. The specifications applying to the hardware must be agreed to well in advance of contracting. The Skunk Works practice of having a specification section stating clearly which important military specification items will not knowingly be complied with and reasons therefore is highly recommended.

11. Funding a program must be timely so that the contractor doesn’t have to keep running to the bank to support government projects.

12. There must be mutual trust between the military project organization and the contractor, the very close cooperation and liaison on a day-to-day basis. This cuts down misunderstanding and correspondence to an absolute minimum.

13. Access by outsiders to the project and its personnel must be strictly controlled by appropriate security measures.

14. Because only a few people will be used in engineering and most other areas, ways must be provided to reward good performance by pay not based on the number of personnel supervised.

Another example is 3M, who encourage many projects within the company. They give certain freedom to employees to create their own projects, and they even give them funds to use for these projects. (In the days of its founders, HP used to have similar policies and just such an innovation-friendly atmosphere and intrapreneurial reputation.) Besides 3M, Intel has a tradition of implementing intrapreneurship. Google is also known to be intrapreneur friendly, allowing their employees to spend up to 20% of their time to pursue projects of their choice.

2 Replies to “Innovation and The Intrapreneur? NeoDeMarconian Thoughts”