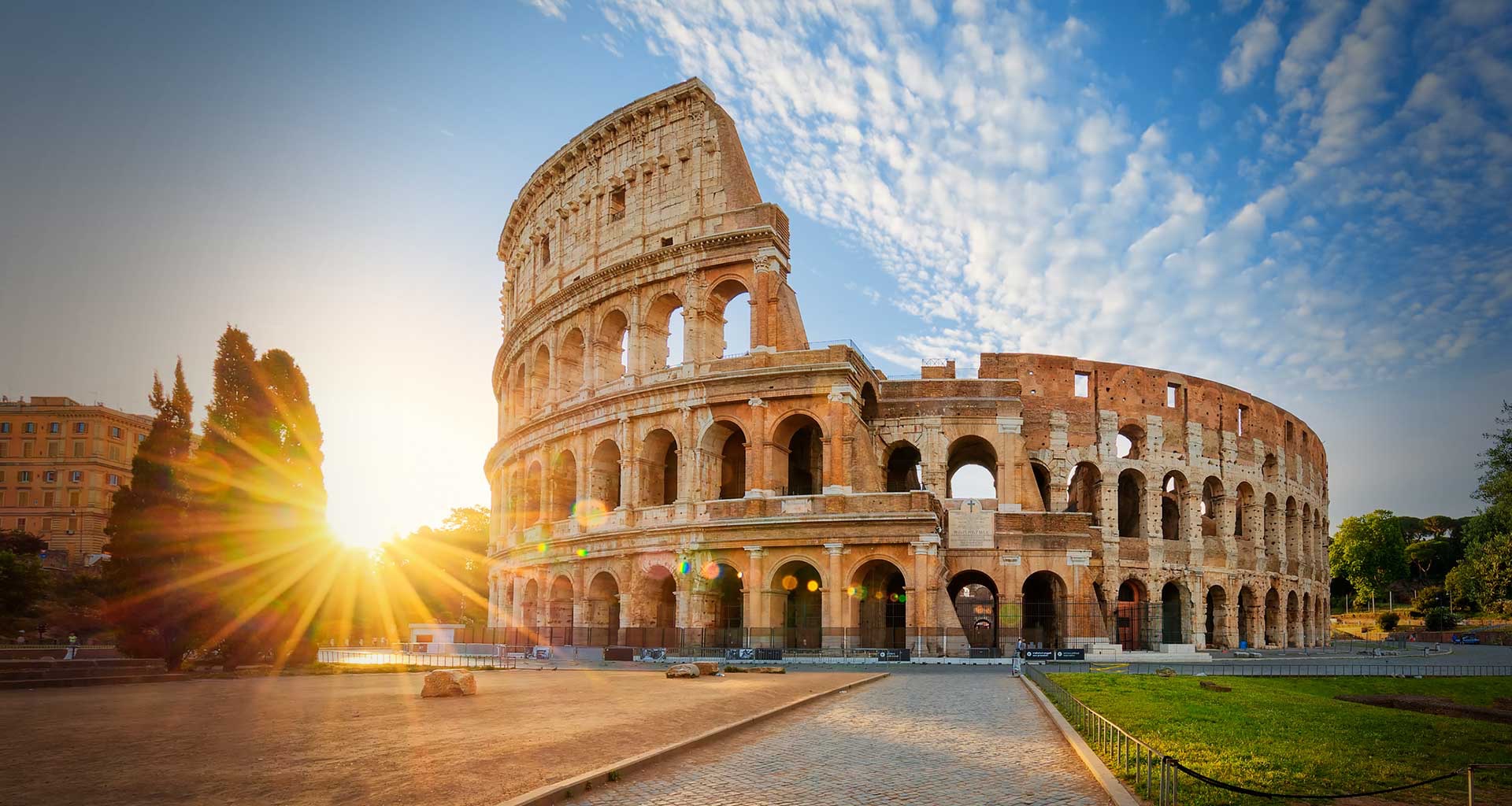 Driving home the other day, Creedence Clearwater Revival’s epic tune “Have You Ever Seen the Rain” was on the radio and it got me thinking.  What is the song about?  Clearly it is the end of a happy time—but to what end?  A quick Google search reveals it is actually about John Fogerty’s brother Tom leaving the band…but…

Someone told me long ago
There’s a calm before the storm,
I know
It’s been comin’ for some time.

Yesterday, and days before,
Sun is cold and rain is hard,
I know
Been that way for all my time.

Maybe it is a stretch.  As we delve back, has America been in the “calm before the storm” Fogerty speaks of?  It sure would appear a storm has “been comin’ for some time.”  I find myself fascinated by “THE FATE OF EMPIRES and SEARCH FOR SURVIVAL” by Sir John Glubb, and thought it might be interesting to simply pull on Glubb Pasha’s main points and ponder how America stacks up.  It is clear “yesterday and days before” empires have been through the storm America is in now.

Historically, how long does an empire last before decline—before they see the “rain?”  An examination of the characteristics of the rise and fall of great nations may emphasize the possible significance of the sequence of generations.  Glubb is not talking about America in his essay, he is looking historically at all empires.  I would assume being a Brit, he is talking about England.  He notes, the preponderance of empires seems to last 10 generations or 250 years.  Glubb Pasha is very clear in pointing out it is very tough to delineate when the empire begins and ends.  When would we consider the beginning of the American Empire?  Perhaps after WWII, circa 1945? 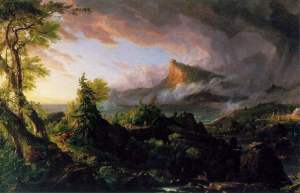 The rise or beginning of the empire witnesses that new conquerors are normally poor, hardy, enterprising, and above all aggressive.  The decaying empires which they overthrow are wealthy but defensive-minded.

Poor, hardy, often half-starved, and ill-clad, they abound in courage, energy, and initiative. They overcome every obstacle and always seem to be in control of the situation.  If there is any doubt that this matches our American roots, please watch the Story of Us on the History Channel.

The first stage of the life of a great nation therefore, after its outburst, is a period of amazing initiative and almost incredible enterprise, courage, and hardiness. These qualities, often in a very short time, produce a new and formidable nation.  These early victories, however, are won chiefly by reckless bravery and daring initiative.

The first half of the Age of Commerce appeared to be peculiarly splendid. The ancient virtues of courage, patriotism, and devotion to duty were still in evidence. The nation was proud, united, and full of self- confidence. Boys were still required to be manly—to ride, to shoot straight, and to tell the truth. (It is remarkable what emphasis was placed, at this stage, on the manly virtue of truthfulness, for lying is cowardice—the fear of facing up to the situation.)

Boys’ schools were intentionally rough. Frugal eating, hard living, breaking the ice to have a bath, and similar customs were aimed at producing a strong, hardy, and fearless breed of men. Duty was the word constantly drummed into the heads of young people.

There does not appear to be any doubt that money was the agent which caused the decline of this strong, brave, and self-confident people. However, the decline in courage, enterprise, and a sense of duty is gradual.

The first direction in which wealth injures a nation is a moral one. Money replaces honor and adventure as the objective of the best young men. Moreover, men do not normally seek to make money for their country or their community, but for themselves…[and] silences the voice of duty.

A nation immensely rich, is no longer interested in glory or duty, but is only anxious to retain its wealth and its luxury.

When money is in better supply than courage, subsidies instead of weapons are employed to buy off enemies. To justify this departure from ancient tradition, the human mind easily devises its own justification.  Military readiness, or aggressiveness, is denounced as primitive and immoral.

The ambition of the young, once engaged in the pursuit of adventure and military glory, and then in the desire for the accumulation of wealth, now turns to the acquisition of academic honors.

The successive changes seem to represent mere changes in popular fashion—new fads and fancies which sweep away public opinion without logical reason.

The spread of knowledge seems to be the most beneficial of human activities, and yet every period of decline is characterized by this expansion of intellectual activity.  The impression that the situation can be saved by mental cleverness, without unselfishness or human self-dedication, can only lead to collapse.  Or as we have posted here at the m100Group—that we are much smarter than history.

As a nation declines in power and wealth, a universal pessimism gradually pervades the people, and itself hastens the decline. The heroes of declining nations are always the same—the actor, the athlete, or the singer.  The word ‘celebrity’ today is used to designate a comedian or a football player, not a statesman, a general, a scientist, or a literary genius.

Another symptom of national decline is the intensification of internal political hatreds.

The people of the great nations of the past seem normally to have imagined that their pre-eminence would last for ever.  As CCR and Fogerty might say, it could NEVER rain on a sunny day. History, however, seems to suggest that the age of decline of a great nation is often a period which shows a tendency to philanthropy and to sympathy for other races.

The impression that it will always be automatically rich causes the declining empire to spend lavishly on its own benevolence, until such time as the economy collapses, the universities are closed and the hospitals fall into ruin.

Historians of periods of decadence often refer to a decline in religion.

It was inevitable at such times that men should look back yearningly to the days of ‘religion’, when the spirit of self-sacrifice was still strong enough to make men ready to give and to serve rather than to snatch.

But while despair might permeate the greater part of a nation, others achieve a new realization of the fact that only readiness for self-sacrifice can enable a community to survive. Some of the greatest saints in history lived in times of national decadence, raising the banner of duty and service against the flood of depravity and despair.

The habits of the members of the community have been corrupted by the enjoyment of too much money and too much power for too long a period. The result has been, in the framework of their national life, to make them selfish and idle.

This seems to prove that the decline of any nation does not undermine the energies or the basic character of its members. Nor does the decadence of a number of such nations permanently impoverish the human race. Decadence is both mental and moral deterioration, produced by the slow decline of the community from which its members cannot escape, as long as they remain in their old surroundings. But, transported elsewhere, they soon discard their decadence.

Ten generations of human beings suffice to transform the hardy and enterprising pioneer into the captious citizen of the welfare state. But whereas the life histories of great nations show an unexpected uniformity, the nature of their falls depends largely on outside circumstances and thus shows a high degree of diversity.

Any regime which attains great wealth and power seems with remarkable regularity to decay and fall apart in some ten generations (250 years).  It’s simply an examination of history….does history repeat?

“That men do not learn very much from the lessons of history is the most important of all the lessons that history has to teach.” ― Aldous Huxley

The decline of empire in summary:  The life-expectation of a great nation, it appears, commences with a violent, and usually unforeseen outburst of energy, and ends in a lowering of moral standards, cynicism, pessimism, and frivolity.

A:  We do not learn from history because our studies are brief and prejudiced.

B:  In a surprising manner, 250 years emerges as the average length of national greatness.

C:  This average has not varied for 3,000 years. Does it represent ten generations?

D:  The stages of the rise and fall of great nations seem to be:

E:  Decadence is marked by:

G:  The life histories of great states are amazingly similar and are due to internal factors.

H:   Their falls are diverse because they are largely the result of external causes.

2 Replies to “Have You Ever Seen The Rain? Or The Decline of Empire Part II: DeMarco Banter”