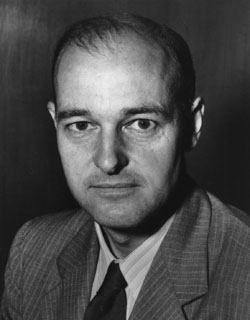 DeM Banter: Albert Einstein once said: “Insanity was doing the same thing over and over again and expecting different results.” Does the below “strategy” seem like merely renaming the status quo to anyone but me? Forward-partnering will be heard all over DC now… replacing the former “lead from behind,” which replaced enabling, which replaced enlargement…all of which replaced containment….which was really the last time we had a National Security Strategy…of course that was developed by George Kennan on September 24, 1946 via his Long Telegram (wow, there is something older in defense than the B52 and KC135). For all the talk of disruption and innovation…how can it be this is the best we can come up with? How do you explain this to anyone pondering what the US stand for or how the US will present its self to the world? ….oh its starting to feel like a Monday….

America’s next security blueprint may mean greater burden-sharing for Washington’s allies and partners.

The new U.S. defense secretary, Chuck Hagel, has asked the Pentagon to review U.S. military strategy in light of budget cuts brought on by deficit reduction and sequestration. That process will eventually draw in Secretary of State John Kerry and will bear the imprint of both new members of President Obama’s Cabinet. The results will be incorporated into a new national security strategy due later this year that could yield greater burden-sharing for America’s allies and partners.

Kerry and Hagel both served on the Senate Foreign Relations Committee with Obama and Vice President Joe Biden. Both men were wounded in Vietnam and understand the cost of combat. Both have strong ties to Europe and an inclination to exploit diplomacy to the full extent before turning to military force. Their voices will be heard.

Some of the pieces of a new national security strategy are already on the table from Obama’s first term. Two U.S. ground wars — in Iraq and Afghanistan — are or will be over, leaving a much smaller U.S. footprint in the region. Al Qaeda is still active but in retreat. Re-sets with potential and real adversaries generally have not gone well but in most cases talks continue. A new strategic concept adopted by NATO has revitalized the alliance. Obama’s war strategy on Libya was derisively called “leading from behind,” but it worked. China remains a “frenemy”; its rise has triggered a U.S. pivot to Asia.

To set the stage for a new strategy, the National Intelligence Council recently published “Global Trends 2030,” which envisions a world of diffused power shifting increasingly to the East and South; empowerment of new actors, some of whom will have access to disruptive technologies; and a neo-Malthusian mix of demographic trends and greater resource requirements that could make the world more dangerous. For the first time in the history of these reports, it includes the future U.S. strategic posture as a potential global game changer.

A new strategy should not be budget-driven, but it will be budget-influenced. Savings from the termination of two wars are not being reinvested in the military; they will be a peace dividend. Sequestration may cut significantly below that peace dividend.

In short, the United States faces a more dangerous world with fewer national security resources. The new U.S. strategy will either need to retrench and absorb greater risk or develop more robust global partnerships to pick up the slack.

Several prominent thinkers are proposing a strategy called offshore balancing, which involves a degree of retrenchment. It would exert U.S. influence through regional powers and withdraw most U.S. ground forces from Europe and the Middle East. Critics of offshore balancing argue that it would result in U.S. disengagement and possible collapse of U.S. alliances.

An alternative approach more likely to capture the views of Kerry and Hagel is forward-partnering. Developed at the National Defense University, the approach would continue to stress U.S. forward-force deployments but with a new purpose: to enable America’s global partners to operate together with U.S. forces and to encourage partners to take the lead in their own neighborhoods.

This fits with the flow of previous strategies: During the Cold War the United States “contained” enemies to protect partners; during the Clinton administration the U.S. “enlarged” the number of democratic partners, and now the U.S. would “enable” partners to help us maintain global stability.

America’s partners in this strategy would be its traditional European and Asian allies, plus emerging democracies like Brazil, India and Indonesia. Regional organizations such as the African Union, the Arab League and the Gulf Cooperation Council would form natural partnerships for regional operations.

Forward-partnering would envision a global division of labor. Hagel’s Defense Department would focus on preparing for major combat operations, counterterrorism and special operations. U.S. forces would also work with partners to ensure maximum military interoperability and to provide military enablers such as air-to-air refueling that are unavailable to them.

Kerry’s State Department would seek to encourage partners to police their own neighborhoods and to concentrate more on stabilization operations. In exchange, partners would have a greater voice in global decision making. This is not a mission improbable; the operations in Libya and Mali serve as models.

Europe is also slashing defense budgets, so NATO “smart-defense” efforts to share weapons will need to be put on steroids. America’s Asian allies need to act more multilaterally. U.S. military assistance and training for poorer partners would increase significantly. Free trade arrangements proposed for Asia and Europe would cement the forward-partnering strategy by bolstering political ties with like-minded partners and by strengthening their economies.

The United States needs to rebalance without retreating. Remaining in a forward posture in order to enable partners to share greater responsibilities meets that requirement.

Hans Binnendijk drafted several national security strategies while serving as a senior director in the Clinton administration’s National Security Council. He is currently a senior fellow at Johns Hopkins’ Center for Transatlantic Relations.