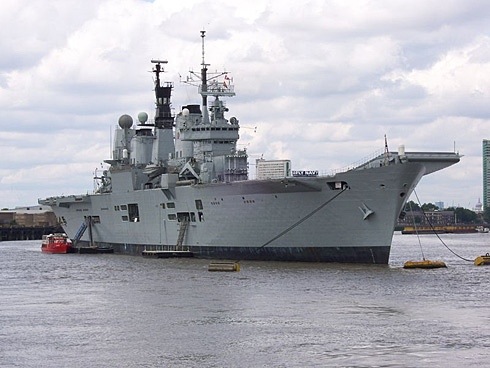 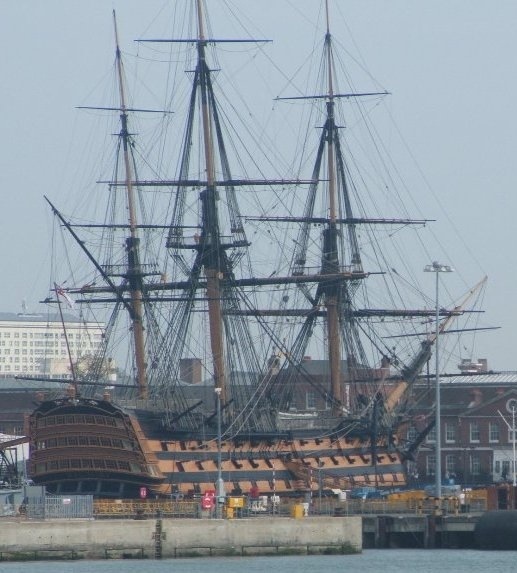 DeM Banter: some thoughts from our British brethren, are we that far behind? Sad indeed to take the ferry from Portsmouth England to Calais France and pass the Royal Naval Academy and base where the historic HMS Victory sits near a Royal Navy Aircraft carrier without the aircraft on board…because the Brits have none to fly off the carriers (F35 at some point)

On the eve of Remembrance Sunday, Max Hastings argues that politicians have consigned our Armed Forces to the margin of national experience

Thirty years ago, I tramped across a soggy South Atlantic wilderness among 15,000 Royal Marines, paratroopers, Guardsmen and Gurkhas who fought that most surreal of campaigns, the 1982 Falklands war.

It was obvious at the time that Margaret Thatcher’s South Atlantic adventure was a last imperial hurrah. But none of us would then have guessed that today, not merely the ships and planes, but the very Armed Forces which fought the war, would be on their way to the scrapyard. Soldiers are being made redundant. I do not mean merely those thousands of men and women who have lately been handed P45s as part of the Coalition Government’s defence cuts. Britain’s entire Armed Forces are shrinking towards a point where, like Alice’s cat, soon only the smile will be left.

This represents a big cultural change. Yet despite all the public’s enthusiasm for supporting soldiers through such charities as Help for Heroes, there is no sign that they have noticed the draconian implications of the defence cuts – or if they have, that they much care. Amid disillusionment following perceived military failure in Iraq and Afghanistan, the British people have lost enthusiasm for our traditional role as a warrior nation.

David Cameron’s Government is cutting the regular Army to its lowest manpower strength for centuries: 82,000. When the downsizing is complete, more than 20 per cent of our soldiers will have gone. I must confess that I am profoundly sceptical whether it will prove possible to recruit the 30,000 reservists the Defence Secretary promised this week.

Soon, we shall be capable of deploying only a single battlegroup of 7,000–8,000 men for sustained operations overseas. Compare this tiny force to the 35,000 troops deployed in Northern Ireland at the height of the Troubles in the 1970s, or the 30,000 military personnel sent to the First Gulf War in 1991.

The message is plain: Britain has neither the means nor the will any longer to sustain a capability to commit large troop numbers abroad, in support of the national interest. The historic vision of the redcoat – holding the line at Blenheim, Waterloo, Balaclava; defending Rorke’s Drift for that peerless movie Zulu; fighting to victory in two world wars and countless colonial ‘‘brushfire’’ campaigns – is to be laid to rest.

This momentous decision, with all that it means for our culture and heritage, has been a long time coming. And it raises an important question: what are soldiers in the 21st century?

For thousands of years, nations required armies to defend their own territories and conquer those of others. From the 18th century, most of our military effort was deployed to secure our burgeoning empire. The public in those days did not love its soldiers as it did its sailors. Everybody knew that Britain recruited its warriors from the dross of society, men incapable of finding any other route to a living than to ‘‘take the King’s Shilling’’. The Army preserved some respectability chiefly because the aristocracy liked fighting, and sent its younger sons to serve. Lords and honourables were often bereft of brains and unfit for their commands, as Wellington complained. But somehow a raw, brutal, bovine courage common to the leaders and the led, together with a few bright officers, enabled the relatively small regular army to achieve some remarkable things.

The First World War brought a huge expansion of the Army, first by volunteers, latterly by conscription. The same happened in 1939-45, when once again millions of young citizens experienced military life. Even when peace came, the Cold War and residual empire commitments sustained into the 1950s an Army of 750,000. Then, however, it was decided that conscription was more trouble and expense than it was worth. Though a minority of young men fought, most peeled potatoes or blancoed puttees at Aldershot or Rheindahlen. They learnt little that was useful, and the professionals for had to devote most of their energies to training them.

The Army that followed in the 1960s and 1970s, volunteers to a man, became the best this country has ever had. But the end of the Cold War brought another radical upheaval. Inevitably, the government seized the opportunity to save money by cutting the Armed Forces. The Royal Navy secured a temporary reprieve thanks to the 1982 Argentine invasion of the Falklands. A short, sharp, decisive war enabled the British to show off their superiority over a third-class enemy. The prestige of all the services soared, and victory earned Margaret Thatcher her reputation as a warrior prime minister.

But she soon resumed her pursuit of a ‘‘peace dividend’’. Rhine Army’s resources and training budgets were cut savagely. For the First Gulf War in 1992, it proved necessary to cannibalise the Army’s entire armoured vehicle inventory in Germany to deploy a single weak division in the desert.

The Army was deeply apprehensive about its future when Tony Blair became prime minister in 1997. As far as action went, it need not have been.

New Labour’s prime minister put British troops in harm’s way, in pursuit of his supposed ‘‘moral foreign policy’’, more often than any other modern national leader including Mrs Thatcher. There was one important difficulty, however. While Blair was eager to use force to do good deeds in the world, he never wanted to pay the bills. In Iraq and later Afghanistan, British forces found themselves pursuing hugely ambitious objectives with wholly inadequate resources, and humiliatingly dependent on the Americans for equipment.

In the Blair era the Army shrank below 100,000 men, yet again and again accepted tasks that were properly beyond its means. The generals’ traditional ‘‘can do’’ spirit contributed to grievous embarrassments and failures in Basra and Helmand province. They should have said ‘‘no’’ more often.

Today the public still embraces our Army – but as victims, lambs to the slaughter like the Light Brigade at Balaclava. Such an attitude greatly dismays thoughtful soldiers. They know that the Army has lost much of the prestige won by victories of the Falklands era, and the political clout it could wield when most politicians had served in uniform. David Cameron’s Coalition sees only that it needs to save money, and soldiers are expensive.

It costs about $2 million a year to keep each American in Afghanistan. Manpower costs account for 40 per cent of Britain’s defence spend. The Government is determined to fight no more foreign ground wars, once we escape from Helmand.

This hope or expectation is almost certainly unrealistic. Events have a way of taking charge. Who knows where Cameron, or his successors, may discern a ‘‘moral imperative’’, as he did in Libya and chafes also to do in Syria? Downing Street argues that air power and special forces can do the business, without having to commit thousands of troops. Technology may be expensive, but it seems to the politicians to deliver a bigger bang for their buck.

Yet ‘‘boots on the ground’’ offer flexibility and a disciplined and available national resource such as no other institution in the land can match. In 2012, the Government would have faced huge embarrassment had it not been able, at a month’s notice, to deploy 3,000 soldiers for security at the London Olympics. After 2015, however, there will be pitifully few men for Olympic security or anything else.

Defence policy should always be rational, so no sensible person will lament the passing of Britain’s redcoat tradition merely as a matter of sentiment. But I believe that our national interest and security will suffer from the drastic shrinkage of the Armed Forces. In future, we shall retain – at vast cost – a capacity to pulverise an identified foreign enemy with Trident nuclear missiles, though it is hard to conceive any credible scenario in which we would use them. We shall still have special forces, capable of storming buildings and fighting terrorists. But we shall have lost immense and important capability between the two.

When millions of people put on their Remembrance poppies tomorrow, they will commemorate not only the dead of our past wars, but the looming recession into history of the Armed Forces which have done so much to define our national culture. The politicians are consigning Britain’s Army, Navy and RAF to the margin of national experience. As a matter of policy rather than sentiment, this seems a grievous error.

This is an edited extract from ‘Red: The Waterstones Anthology’, edited by Cathy Galvin, published by Waterstones (£10) ‘All Hell Let Loose: The world at war 1939-45’, by Max Hastings, is published by HarperPress.