“Whatever a man directs, if he knows what he wants and can get it, he will be a good director, whether he directs a chorus, an estate, a city or an army.” -Socrates (Xenophon – Memoirs of Socrates) 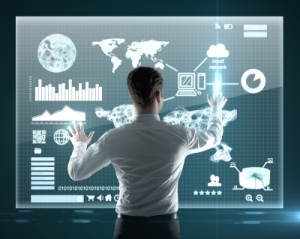 One of the essential keys to leadership is strategy.  Great leaders MUST be strategists first.  This is something that simply can not be delegated.  As I look around the geo-strategic environment, I wonder where are our strategic leaders for good?  The George Marshalls, the George Washingtons, the Eisenhowers, the Reagans, the Mandelas,  the Thatchers, the Churchills, the Alexanders—we need you!

Perhaps I’ve read too much of Thomas Hobbes and Niccolò Machiavelli, but the above leaders were ones who knew what they wanted and why their country mattered; they had purpose.  A nation’s purpose defines what it contributes to the global good (or in some cases evil) and what it intends to accomplish.

A sound, grand strategy enables a nation to lead toward the right purpose by giving direction. 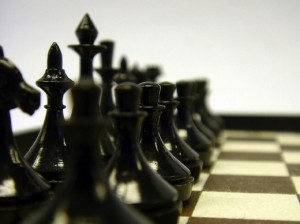 It establishes direction through strategic thinking and planning, allows a nation to organize in the most efficient and effective manner, and creates partnerships with worthwhile allies, all while fostering a strong esprit de corps and national pride.  A grand strategy further enables the development of leaders at all levels who inherently and innately understand the direction the nation is headed.  Strong strategic leadership is the lifeblood of every nation.

To thrive, a nation must bring something distinctive to the global community, yet many leaders have trouble identifying their purpose and what that means for greater good of the global community.  As a leader and grand strategist, one must be willing to replace, rethink, and redraft virtually every component of the nation to extend its strategic relevance into the future.

A national leader must compose a succinct dynamic purpose statement that captures a nation’s uniqueness and imagination.  We used to refer to this as Grand Strategy or National Security Strategy.  Of course while championing a strategy, a leader must remain open to rethinking the basic principles of their grand strategy.  National leaders as strategists are the guardians of their nation’s purpose and that is indeed a high calling.  Their first job is to make sure that their nation continues to matter and be relevant. Everything else flows from there.

Is it that our bureaucracies have become so massively bloated and diverse that we don’t know who is honestly responsible for strategy?  We have a myriad of branches, departments, specialists, consultants, and analysts who have taken over strategy development with a very specific or myopic view.  These organizations have taken over the practice and art of strategy and strategy has become diffuse.

Strategy is not a problem to be solved with a fixed solution. Strategy is fluid, responsive, and malleable in response to an ever-changing global environment. The leader who bears responsibility for the overall vitality of a nation must decide on its commitments.  An executive cannot outsource strategy—there is a very real nexus between leadership and strategy.

Ponder the great leaders of our not so distant past. They oversaw the crafting and re-crafting of national strategies and adapted to contingencies, identified relevant opportunities, and responded to changes in the global environment.  Think Eisenhower and the Solarium Project.  The strategist chooses a nation’s direction and decides on its best plan of action. All strategists must answer the question: “Does our country matter?” If leaders can’t articulate why, then they can’t make the crucial decisions that drive the nation forward, and their citizens suffer.

We have all read that the world is too complex and dynamic for a single strategic purpose or perhaps our nation’s treasure chest is simply too empty to develop a cohesive strategy—that’s a bunch of horse dung.  A clearly defined strategy steers the nation, providing a directional compass and a true north.  I would argue that we have stopped thinking, we have stopped shaping, and we have stopped educating individuals in the art of leadership and strategy.  We have simply become complacent.

Ponder for a minute Alexander The Great: 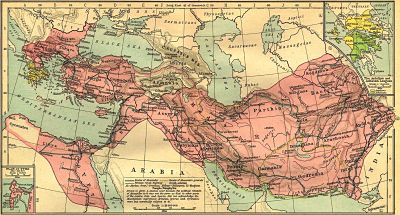 Alexander was the first general to prove that a smaller force using the right strategy and tactics could consistently defeat a larger foe.  Aristotle was Alexander’s tutor, and he taught him well—especially sensitivity to other cultures.  Not a single country occupied by Alexander ever rebelled against him.  Alexander led the battle by charging in front of his troops, not by leading from behind. Later, Alexander forgot Aristotle’s teaching to permit expression of contrasting views—that combined with a failure to prepare for succession—led to the downfall of his empire.

Is Alexander’s story still relevant? The decline of any empire would say yes. National strategy targets the future, though it is an ancient concept.

If strategy were simple, we would not spend so much time thinking, talking, and writing about it; but I would argue it can be simplified.  First, leaders must wrestle with purpose.  An executive must articulate the national differences and priorities that matter and further define a value system and articulate it in a statement of strategy.

Next, a nation must align all activity with the statement of strategy, all the while remembering—if we are about everything, then we are about nothing.  A country can quickly be so absorbed in solving every problem that it can not solve any problem.  Think healthcare, immigration, terrorism, education, aggressive nations, trade.  What is the single statement that aligns all efforts under one strategy?  Of course any strategy must be adaptable and any strategist must be willing to change, but the key is to develop a starting point from which all efforts stem.  National strategy is the bridge between lofty ideas and action.

Leading strategy is a nonstop responsibility.  Leaders need not provide all the answers, but they must guide the process, serve as the strategy’s champion, and bear responsibility for the decisions—day in and day out—that define a nation and make the country what it is. The job of the strategist is never finished.  It is indeed a true marathon.  No matter how hard a leader and staff work, no matter how wonderful a nation’s culture, no matter how noble the national motives, if the strategy is not right everything else the nation does is at risk. The strategic leader must ask questions, challenge assumptions, and remain open to rethinking the fundamentals. Imagine if people were to ask a nation’s executive leader “What do you do for a living?”.  Would we be proud when the answer came back,  “I’m the guardian of our national purpose.”

2 Replies to “The Forgotten Strategist—please come back, the world misses you. neoDemarconian Thought”