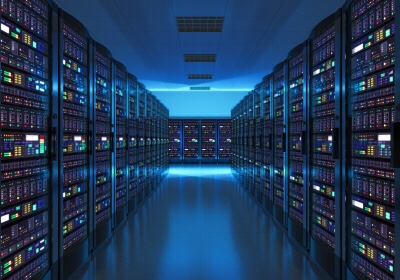 “Success no longer goes to the country that develops a new fighting technology first, but rather to the one that better integrates it and adapts its way of fighting …Our response will be to prioritize speed of delivery, continuous adaptation, and frequent modular upgrades. We must not accept cumbersome approval chains, wasteful applications of resources in uncompetitive space, or overly risk-averse thinking that impedes change.”

Innovation is not about gadgets, it’s not about tech—it’s culture…it’s leadership.

I recently attended the Air Force Association’s bi-annual event in Orlando, Florida where the Chief of Staff of the US Air Force presented an amazing briefing. He pitched a new era of innovation. General Goldfein was basically challenging all Airmen to innovate…now!

“I highly encourage everyone to read the National Defense Strategy (NDS); it may be the best 11 pages you’ve read in a long time,” said the General. “In this complex global environment there can be no complacency. The NDS directs the Air Force to be a more lethal and ready force, to strengthen alliances and partnerships, and to deliver greater, more affordable performance.”

Why does the CSAF have to tell Airmen to be creative? Why is this so hard? Innovation

has really been the USAF’s story since its inception. When did we stop innovating? It is a service known for technology and cutting-edge thinking and work. Could it be a bureaucratic culture of conformity has enveloped the USAF, and the service has all but forgotten it’s innovative history?

Since 9/11, the U.S. military has focused on defeating non-nation states (ISIL, al-Qaeda, et al). The new NDS states that America must prepare for competition between major powers, calling out China and Russia explicitly as adversaries. Secretary Mattis states, “Our competitive advantage has eroded in every domain of warfare.”

A bureaucracy rarely make the case for taking more risk, yet after the strategy was released, Deputy Secretary of Defense Patrick Shanahan stated, “Innovation is messy.” He added, “We’re going to have to get comfortable with people making mistakes.”

For decades the USAF has accepted and touted zero defects for all the right reasons. Making mistakes in the Air Force has not been a path towards advancement and a successful career. All of this means significant changes are needed in the service’s culture and policies. But now the change agents and innovation insurgents who have been fighting to innovate from the bottom up need to help and step out into the light.

The term conformity is often used to indicate an agreement to the majority position, brought about either by a desire to ‘fit in’ or be liked (normative) or because of a desire to be correct (informational), or simply to conform to a social role (identification).

The social psychology concept of conformity is a type of social influence involving a change in belief or behavior in order to fit in with a group. For years, conformity has meant fitting in by conforming to the bureaucracy—making little noise, completing tasks and missions, following the book answers, complying to instructions and doctrine, and not making waves. Now the USAF is asking for the opposite. To innovate we must question the task, the mission, the answers, the instructions, and doctrine.

Culture change is hardest in the middle of a large organization—and this is the story of the USAF. Our most senior leaders can charge the service with innovation and our more junior leaders can accept the challenge—but is the frozen middle ready to thaw?

This change must be in response to real (involving the physical presence of others) or imagined (involving the pressure of social norms/expectations) group pressure. This is the challenge to mid and senior level leadership.

Internalization is a type of conformity (genuine acceptance of group norms) that applies to the USAF as both the problem and the solution.

Internalization occurs ‘when an individual accepts influence because the content of the induced behavior – the ideas and actions of which it is composed – is intrinsically rewarding. S/He adopts the induced behavior because it is congruent [consistent] with his/her value system’ (Kelman, 1958, p. 53).

Internalization always involves public and private conformity. A person publicly changes his/her behavior to fit in with the group, while also agreeing with them privately. This is the deepest level of conformity were the beliefs of the group become part of the individual’s own belief system. This means the change in behavior is permanent. This is most likely to occur when the majority have greater knowledge, and members of the minority have little knowledge to challenge the majority position. This basically requires a flip in what the USAF currently believes to be true.

The question and the answer appear to be the same. Air Force Leadership must counter conformity with a new conformity in order to change the dominant bureaucratic mindset with an innovative one. It will require trust, an understanding of organizational dynamics, time, and a very deep grasp of psychology at a strategic level.