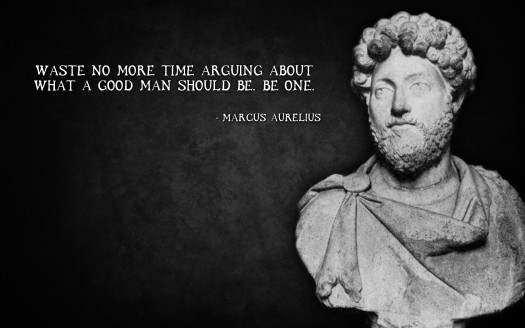 Leadership Philosophy 101 was penned as part of a course I was teaching on leadership and command.  The piece has generated a great deal of discussion—both pro and con. Many of us have a desire to lead, some of us enjoy pondering leadership, and others assume leadership will simply happen.

The issue is when most people hear the word “philosophy”, their eyes glaze over and they emit this strange, semi audible groan. It’s the last thing many want to ponder or talk about and the last thing they feel they need.

It’s a bad reaction. Philosophy is not simply lecturing or reading long, dense books. In fact, it is something men and women of action, dare I say heroes have used throughout history to solve problems and achieve incredible triumphs on the battlefield, in the Forum, and in court.

The concept of philosophy was born from the ancient Greek and literally means “love of wisdom”.  Hence in my simple mind, “Leadership” Philosophy is the love of wise leadership. Further, philosophy is distinguished from other ways of addressing problems by its critical, generally systematic approach and its reliance on rational argument. In more casual speech, “philosophy” can refer to “the most basic beliefs, concepts, and attitudes of an individual or group”.  Leadership philosophy is how we express our love of leadership through a set of concepts, attitudes, and beliefs.

Historically, philosophy was practiced by slaves, poets, emperors, politicians, and soldiers, as well as ordinary individuals to assist with their own problems and those of their family, friends, and followers. As this wisdom is still there and available to us, why would we not apply philosophy to our leadership?

Let’s ponder the philosophy of stoics…

Stoicism is a school of Hellenistic philosophy founded in Athens by Zeno of Citium in the early 3rd century BC. The Stoics taught that destructive emotions resulted from errors in judgment, and that a sage, or person of “moral and intellectual perfection” would not suffer such emotions.

Stoics were concerned with the active relationship between cosmic determinism and human freedom, and the belief that it is virtuous to maintain a will that is in accord with nature.

Later Stoics—such as Seneca and Epictetus—emphasized that because “virtue is sufficient for happiness”, a sage was immune to misfortune.

From its founding, Stoic doctrine was popular with a following in Roman Greece and throughout the Roman Empire — including the Emperor Marcus Aurelius.

The Stoics believed we don’t control and cannot rely on external events, only ourselves and our responses.  At the very root of the thinking, there is a very simple, though not easy, way of living. Take obstacles in your life and turn them into your advantage, control what you can and accept what you can’t.

“In life, our first job is this: to divide and distinguish things into two categories: externals I cannot control, but the choices I make with regard to them I do control. Where will I find good and bad? In me, in my choices.” -Epictetus

Believe me, that is nothing new.  It has been around since the early 3rd century BC, but its a powerful leadership philosophy. “Take obstacles in our lives and turn them to our advantage. Control what you can and accept what you can’t.”

We can’t control geopolitics, we can’t control the weather, we can’t control the economy, we can’t control other people, and at times we can’t even control our own bodies. The world is beyond our control. It’s a rough and unpredictable environment that is constantly changing. The only things we can really control are our own thoughts and beliefs. If we remind ourselves of that and focus our energy and attention there, we can learn to cope wisely and lead no matter what the world throws at us.

The Stoics were men of action.  Marcus Aurelius was emperor of the most powerful empire in the history of the world. Cato, the moral example for many philosophers, defended the Roman republic with Stoic bravery until his defiant death.  In the end, perhaps we as leaders can see the need for a well-defined leadership philosophy.  For the stoics it was all about staying sane amid the chaos; always recalling what we can control and what we can’t.

For us, our leadership philosophy is the foundation of decision making. Guiding principles enable leaders to take the long-term perspective. Apart from a guiding philosophy, the course of least resistance or quick results is the obvious default answer.