Recently I was struggling with some…what I will call frustrations at work. I could not really put my finger on it, I have a great job, work with great people, and have a great boss. I spent some time pondering and praying over this frustrated state and through that–it dawned on me. I have spent vast majority of the last eight years of my life as a commander, a leader in a very formal sense–in legal matters, in personnel matters, in casting vision, and developing strategy, to the point of even having a little pin on my uniform to let everyone know… I am the Commander…now, I am a Vice Commandant. That in and of itself is not bad–unless one fails to adjust his frame of reference. What I was in need of was some divine recalibration.

I am always the guy saying “it is not about me”… and it is not… Or, I figured….I would love to be the guy behind the scenes making things happen…the Lionel Logue in movie “The Kings Speech“…be careful of what you wish for… God took me up on it. Now I live it. I am instantly reminded of 1 Sam 16:7….”The Lord does not look at the things people look at. People look at the outward appearance, but the Lord looks at the heart.”

This divine recalibration is all about the heart of the leader not position…The Bible uses the concept of heart 826 times. In the Bible the heart is considered the seat of life and strength. It encompasses our mind, soul, and spirit – in short our emotional nature and understanding. The heart is your authentic self, the core of your very being. The world cares about your outward appearance, God cares about the inner condition of your heart. 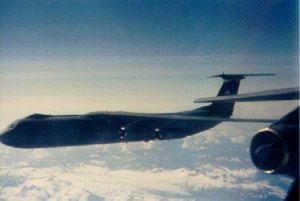 Blessed are the pure in heart, for they will see God. (Matthew 5:8)

Above all else, guard your heart, for it is the wellspring of life. (Proverbs 4:23)

Leaders ultimately lead according to who they are, what’s in their heart, not by position. Leadership is deeply personal. My heart is the same regardless of my title…I am all about the Greater Good (G2) not my Personal Power (P2)

My metaphor… a large airdrop formation of huge transport aircraft and I have gone from lead (1) position to #2 with all the benefits and all the drawbacks that go with that position change. In my case, the new lead pilot is brand new to the position, he has not flown these missions before… I have talked a lot about mentoring in the past as well… now I attempt to mentor from this wing position.

In the USAF we fly formation…for two reasons….mutual support and increased firepower…given where my heart is (Greater Good)…I think this should work…as long as I totally believe John 3:30…on a myriad of levels… He must become greater; I must become less.

1) The Subordinate/Leader Paradox: Even as lead I was a subordinate leader, we are all subordinate to someone (as my good friend Bob Dylan says, Ya Gotta Serve Somebody)…but now I am further subordinate yet still a leader…Not so with you. Instead, whoever wants to become great among you must be your servant (Matt 20:26)

This new position is much more relationally intensive and partially dependent on someone else…the lead–This can be tough when you were used to being lead or when your people skills are a bit “challenged.”

As #2 relationships have changed, I am not the final authority, but then again I do not have ultimate responsibility. But as a leader I am still expected to initiate and make things happen within the boundaries and vision of lead.

In the end we have remember “Whatever you do, work at it with all your heart, as working for the Lord, not for human masters.” (Col 3:23)

We have to add value not just to our crew and our aircraft but to the entire formation and it is imperative to keep the formation or the organization first all the while investing in our particular area of responsibility. It’s a maturity and flexibility issue and there are times I struggle with both of those.

3) The Contentment/Future Thought Paradox: Pursuing contentment. Contentment is a state of happiness and satisfaction. Hebrews 13:5- Let your character be free from the love of money [power], being content with what you have; for He Himself has said, “I will never desert you, nor will I ever forsake you”

We have to focus on being content in the #2 position while at the same time knowing God puts dreams in our hearts that must be pursued–sometimes internal to the organization, sometimes not.

Contentment comes from trusting God, letting go the details. Often God brings dreams to pass in ways we never thought possible. If we push too hard and grow discontent, we can miss God.

As I pondered this, Barnabas came to mind. Fondly nicknamed Son of Encouragement (Acts 4:37), he networked Paul to the early Christian church. Paul, the greatest influencer of the New Testament, had his way paved by Barnabas. After Paul was accepted, Barnabas and Paul teamed up to become the most influential leadership teams of the Christian faith.

Barnabas pastored the church in Antioch but its demands were too many for one. So he sought out Saul, yet again, and journeyed to Tarsus to find him. Barnabas’s action shows his humility and discernment. The text indicates that Barnabas’s overriding concerns were the needs of the people and the furtherance of the gospel, yet he must have realized that Saul’s skill in debate and incredible mind might overshadow his own qualities. Luke, however, gives no indication of jealousy on Barnabas’s part; only an indication of his desire to promote the name of Jesus.

Paul arrived in Antioch. Following the conversion of Sergius Paulus, he began to gain prominence over Barnabas from the point where the name “Paul,” his Roman name, is substituted for “Saul.” Instead of “Barnabas and Saul” as before we now read “Paul and Barnabas”. (Only in Acts 14:14 and 15:12, 25 does Barnabas again occupy the first place: in the first passage with recollection of 14:12, and in the last two, because Barnabas stood in closer relation to the Jerusalem church than Paul.) Returning from this first missionary journey to Antioch, they were again sent up to Jerusalem to consult with the church there regarding the relation of Gentiles to the church. We finally see the relationship strained over relations with John Mark and Barnabas’s influence begins to fade while Paul and the Christian movement advances in amazing ways. 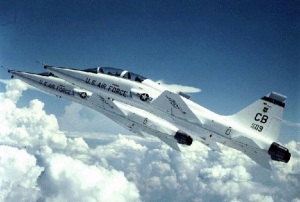 So many times today corruption, greed, addiction to power, and control over others ooze from the pseudo-leadership of many contemporary leaders. Jesus’ ways are almost always in opposition to the world’s ways. The world tells all of us to be first, whatever it takes you must be first. Spiritual leadership is not based on power but on humility. So many go through life today convinced that leadership is power. It’s not- it’s influence. Appreciating the mystery of life and leadership as gifts helps one to be humble, to be one’s authentic self.

Simply put, God has a better plan than we do for our life. Jesus’ call to his first disciples was not to occupy great positions or hold important titles, but to follow a man and his cause. Their obedience to that call took ordinary fishermen and transformed them into the fathers of the Christian faith.

Search for a heart that truly has Christ at its center, wholly submitted to God‘s sovereignty and grace. The search for a more christianly heart is in the end a search for Christ in us and through us to become healers of a wounded world. Simply I am second, I am #2, and two’s in.

For more reading on Second Leader Leadership… see: I am Second

OR check out more paradoxes in

Leading from the Second Chair: Serving Your Church, Fulfilling Your Role, and Realizing Your Dreams by Mike Bonem and Roger Patterson

3 Replies to “The Three Philosophical Paradoxes of Second Leader Leadership…. or Two’s In! DeMarco Banter”