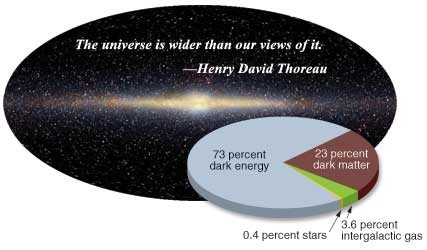 DeM Banter: when all you have is a hammer…everything looks like a nail…perhaps we are still using Industrial Revolution type tools to fight in an Information Age…something to ponder…Greater Things…

A great power without a significant enemy? That’s what the U.S. has become.

Osama bin Laden is dead. Al Qaeda is reportedly a shadow of its former self. The great regional threats of the moment, North Korea and Iran, are regimes held together by baling wire and the suffering of their populaces. The only incipient great power rival on the planet, China, has just launched its first aircraft carrier, a refurbished Ukrainian throwaway from the 1990s on whose deck the country has no planes capable of landing.

The U.S., by contrast, has 1,000 or more bases around the world. It spends as much on its military as the next 14 powers (mostly allies) combined.

It will spend an estimated $1.45 trillion to produce and operate a new aircraft, the F-35 — more than any country, the U.S. included, now spends on its national defense annually. The U.S. Navy, with its 11 nuclear-powered aircraft carrier task forces, dominates the global waves, and the U.S. Air Force controls the skies in much of the world. And the president now has at his command two specialized armies to supplement the traditional armed forces: the CIA, which has been heavily militarized and is running its own private assassination campaigns and drone air wars throughout the Middle East and environs; and the Joint Special Operations Command, cocooned inside the U.S. military, whose members are deployed to hot spots around the globe.

By all the usual measuring sticks, the U.S. should be supreme in a historically unprecedented way. And yet it couldn’t be more obvious that it’s not. Despite its overwhelming military superiority, nothing seems to work out in an imperially satisfying way.

Given America’s lack of enemies — a few thousand jihadis, a small set of minority insurgencies, a couple of feeble regional powers — what prevents Washington’s success?

Certainly, it’s in some way related to the decolonization movements, rebellions and insurgencies that were a feature of the last century. It also has something to do with the way economic heft has spread beyond the U.S., Europe and Japan — with the rise of the “tigers” in Asia, the explosion of the Chinese and Indian economies, the advances of Brazil and Turkey, and the movement of the planet toward some kind of genuine economic multipolarity. It may also have something to do with the end of the Cold War, which put a halt to several centuries of great power competition and left the U.S. as the sole “victor.”

Perhaps it’s better, though, to think of the growing force that resists such military might as the equivalent of “dark matter” in the universe. We may not understand it fully, but the evidence is clear that it exists.

After the last decade of military failures, standoffs and frustrations, you might think that this would be apparent in Washington. And yet, here’s the curious thing: Two administrations have drawn none of the obvious conclusions, and no matter how the presidential election turns out, that won’t change.

Even as military power has proved itself a bust again and again, policymakers have come to rely ever more completely on a military-first response to global problems, operating on some kind of militarized autopilot.

Take Libya, for example. It briefly seemed to count as a rare American military success story: a decisive intervention in support of a rebellion against a brutal dictator. No U.S. casualties resulted, while American and NATO airstrikes were crucial in bringing a set of ill-armed, ill-organized rebels to power.

In the world of unintended consequences, however, the fall of Moammar Kadafi sent Tuareg mercenaries from his militias, armed with high-end weaponry, across the border into Mali. There, when the dust settled, the whole northern part of the country had fallen under the sway of Islamic extremists and Al Qaeda wannabes. Then last month, the first American casualties of the intervention occurred when Ambassador J. Christopher Stevens and three other Americans died in an attack on the Benghazi consulate and a local safe house.

So what is the U.S. reaction? Yet more military action. According to the Washington Post, the White House is planning military operations against Al Qaeda in the Islamic Maghreb, the terrorist network’s North African branch, which is now armed with weaponry from Kadafi’s stockpiles. And according to the New York Times, the Obama administration is “preparing retaliation” against those it believes killed the U.S. ambassador, possibly including “drone strikes, special operations raids like the one that killed Osama bin Laden, and joint missions with Libyan authorities.” Further destabilization is a given.

One could postulate explanations for why our policymakers, military and civilian, continue in such a repetitive and self-destructive vein. Yes, there is the military-industrial complex to be fed. Yes, we are interested in the control of crucial resources, especially energy, and so on.

But it’s probably more reasonable to say that a deeply militarized mind-set and the global maneuvers that go with it are by now just a way of life in a Washington eternally “at war.” Military actions have become the tics of an overwrought great power with the equivalent of Tourette’s syndrome. They happen because they can’t help but happen, because they are engraved in the policy DNA of our national security complex. In other words, our leaders can’t help themselves.

Tom Engelhardt, cofounder of the American Empire Project and the author, most recently (with Nick Turse) of “Terminator Planet: The First History of Drone Warfare, 2001-2050,” runs the Nation Institute’s TomDispatch.com, from which this piece was adapted.