DeM Banter:  Clear, simple, concise… that was is great about Sam Bacharach’s piece below.  We have spent a good bit of time at work discussing characteristics we would like to see in next generation leaders as well…this list seem to apply to the POTUS, entrepreneurs, military commanders…and our up and coming new leaders.  Is there something missing we should add? 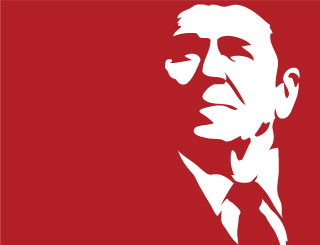 Every time a presidential election rolls around, the conversation turns to leadership. We ask ourselves, and each other, what we expect from our elected leaders. What fundamental traits do those leaders need to have?

Over the past few weeks, I’ve tried to make some sense of what we expect from leaders in the political arena. I’ve followed the press, read the critiques and counter-critiques, and like you, discussed the upcoming election with too many people.

These admittedly non-scientific discussions are in remarkable congruence with the core leadership traits valued in academic research and real-world practice. It’s not rocket science. Whether you’re chatting on a barstool, conducting academic research, or leading a company, there are five core traits that we look for in leaders:

Clarity We want leaders to articulate their message clearly. They need to tell us what they’re about, where they’re going, and how they’re going to get there. And it needs to be explicit. Ambiguity in language or intention tends to frustrate people, as do amorphous promises. Leaders should avoid language that is so detailed and pedantic that it cannot be understood, as well as language that is so fluffy that it says nothing.

Consistency The word “flip-flop” emerged a number of years ago as a critique of leaders who couldn’t choose a position and stick to it. It’s not a compliment. Consistency is essential. We want leaders to follow a clear path so that at each point, we can understand exactly where they are and where they-;and we–are going. Consistency allows others to mark progress made toward fulfilling campaign promises. If it’s time for a new direction, consistency guarantees that new actions will acknowledge the context of prior ones. Consistency cuts down on impulsive surprises.

Follow-through Once the campaign is over, we want to see promises and policies come to fruition. We want leaders to stay on top of the game and manage for results. We want something valuable to get done. We don’t want to see our leaders take their eyes off the ball after they’ve been elected.

Authenticity Authenticity is a diffuse concept, but at its core is a sense of believability and empathy. We want a sense of a personal relationship with the leader. We want to know that the leader is who they say they are, and we want to believe they have empathy for our situation. We want to think they have the capacity to put themselves in our shoes. We want them to see the world not only as they see it, but also as we see it.

Think about these not only as core leadership traits for those we elect, but for yourself as well. In leading your own organization, do you lead with clarity, consistency, follow-through, authenticity, and passion?